The deployment of US troops in Yemen by the Biden administration demonstrates the rank hypocrisy and moral bankruptcy of American politics, according to an Irish political analyst.

Finian Cunningham, a prominent Irish expert in international affairs, said in an interview with Press TV on Thursday that the latest deployment of US troops in Yemen “marks the expansion of the US war effort” to achieve American imperial objectives.

According to a report, a new batch of US military forces has entered Yemen’s southeastern province of al-Mahrah.

Cunningham said that he thinks “the reports from the Yemen media are credible. US troops are indeed setting up in the southeastern province of al-Mahrah as Yemen media reports indicate.”

“We should not be surprised by the growing US military presence in Yemen. President Joe Biden confirmed in a letter to the US Congress last month that US troops would be deployed in Yemen to support the Saudi coalition in its seven-year war of aggression against its southern neighbor. That war has been supported all along by the US supplying warplanes, missiles, refueling and offensive logistics to the Saudis. The British and French also are suppliers. Thus ground deployment is a logical outcome. There have been previous reports of US and British forces on the ground. The ground presence of US troops is now a fact, albeit not widely reported in the Western media,” he stated.

The analyst said, “The US-backed Saudi war of aggression against Yemen is fundamentally driven by the desire to impose control over Yemen.”

“The southern Arabian Peninsula country has an abundance of energy resources that remain untapped. Of course, American corporations want this prize. But more than this, Yemen is a strategically positioned country overlooking vital global shipping routes and chokepoints, namely the Arabian Sea, the Sea of Aden, the Red Sea and the wider Indian Ocean as well as the Persian Gulf,” he stated.

“US imperialism demands that the region must be under its purview for advantage against China, Russia, Iran and other geopolitical rivals. A third reason is that the US and its Saudi and other Arab client regimes cannot abide to allow another nation to develop independently. Yemen under governance of the Houthis would have friendly relations with Iran. It would present a ‘threat of a good example’ to the region. The Americans and their clients must, therefore, try to destroy Yemen’s struggle for independence. The latest arrival of US troops in Yemen marks the expansion of the US war effort for the above imperial objectives,” he pointed out.

The troops deployment came two weeks after US President Joe Biden made a controversial trip to Saudi Arabia. The US has also approved massive arms sales to Saudi Arabia and the United Arab Emirates worth more than $5 billion.

“The deployment of US troops in Yemen by the Biden administration demonstrates the rank hypocrisy and moral bankruptcy of American politics under its prevailing capitalist system dominated as it is by the military-industrial complex and the perpetual need for war, militarism and conflict to sustain its otherwise bankrupt capitalist economy,” Cunningham stated.

“Biden had promised American voters that he would halt the US military support for the Saudi war against Yemen. Over 250,000 people have been killed in that war, mainly from the Saudi bombing of civilian centers with American missiles. Yemen is the world’s single worst humanitarian crisis with millions facing starvation – largely caused by the US-backed seven-year war. Biden’s promises to end US support have been quickly and unashamedly broken,” he said.

‘Biden is a messenger boy for the US ruling elite’

“On the contrary, the US president is increasing military support and deepening the bloodbath. How is that for barefaced lies to American voters and the world? So, one may ask, how come the disgusting treachery? Because of US imperial imperatives as described above. The US cannot do anything else but worsen the war in Yemen because of its imperialist needs stemming from its capitalist economy. Presidential promises are futile and indeed cynical given the background imperative and reality of US imperial aggression,” he said.

“Another essential factor is the US need to appease the Saudis and other Persian Gulf Arab client regimes for desired advantage against Russia in the ongoing conflict over Ukraine,” he explained.

“Washington needs the Saudis and Arab dictators to align on oil exports and market prices in order to mitigate the detrimental repercussions hitting American and Western economies,” he noted.

“The US-led proxy war against Russia is having huge unforeseen repercussions, such as soaring inflation of fuel prices. This is destabilizing the US and European internal politics. Biden is being a messenger boy for the US ruling elite and was sent to pander to the Saudis (despite earlier promises and condemnations over the murder of Jamal Khashoggi). Part of the pandering is to send US troops to Yemen,” he concluded. 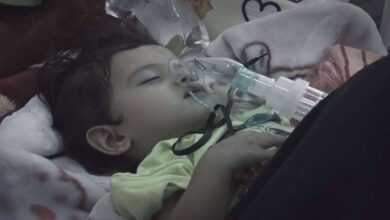 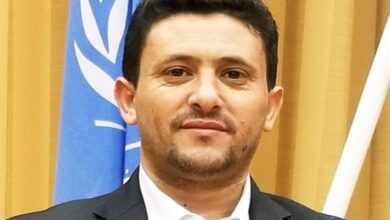