Amid a decline in military operations since the UN ceasefire took effect in April, the number of victims of banned weapons in Yemen keeps rising.

Remnants of Saudi cluster bombs are taking more lives as Riyadh refuses to allow badly needed equipment, including mine detectors, to enter the war-torn country.

Yemen’s Mine Action Center reported 120 cases since the start of the truce, 26 of them in the first third of June.

The Mine Action Center says the Saudi-led coalition has prevented the entry of mine detectors to Sana’a since 2018 for no good reason, and field teams are still working despite all the risks.

During the seven-year war, the Saudi-led coalition has used 15 types of internationally prohibited cluster bombs in its attacks against residential areas across Yemen.

People in Yemen are dying due to the remnants of internationally-banned weapons used by the Saudi-led coalition. Experts believe the number of victims will continue to rise unless the coalition allows the equipment, needed to defuse the weapons that kill Yemeni women and children, to enter Yemen. 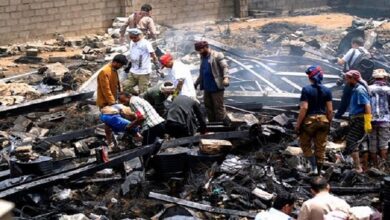 3-day Yemen ceasefire in place as of Thursday: UN