A Yemeni military official says the Saudi-led coalition forces and their allied militants have violated the ongoing UN-brokered ceasefire, which went into effect at the beginning of the Muslim fasting month of Ramadan, at least 211 times during the past 24 hours.

The official, who asked not to be named, told Yemen’s official Saba news agency that the violations included 80 flights of Saudi-led military aircraft and reconnaissance drones in the skies over the provinces of Ma’rib, Ta’izz, Hajjah, Jawf, Sa’ada, Dhale, Bayda, ‘Amran and across the borders.

He added that residential neighborhoods and positions of the army and Popular Committees in Ma’rib, Ta’izz, Hajjah, Jawf, Sa’ada, Dhale and Bayda provinces also came under heavy gunfire at least 107 times.

The official pointed out that 24 artillery shells were fired at residential areas and positions of the Yemeni army and Popular Committees in Ma’rib, Hajjah, Jawf and Sa’ada provinces, as well as border fronts.

Ansarullah’s political bureau member Ali al-Gahum denounced repeated violations of the ceasefire, saying Sana’a will not sit idly by in the face of these transgressions.

“The Yemeni armed forces have a lot to say in response to the Saudi aggression. The strategic weapon produced by the Yemeni forces can be used in response to aggression and ceasefire violations,” he told al-Ahed News.

Al-Gahum said the Saudi coalition did not adhere to the ceasefire from the beginning. “The ceasefire was based on the humanitarian situation and the issue of prisoners, but Saudi Arabia is trying to stonewall and thwart all efforts to maintain it,” he said.

Ships carrying medicine, food and petroleum products should also be allowed to enter the besieged port of Hudaydah, but they remain stranded, the official said.

“All this shows that the Saudis do not want this ceasefire to continue… There are movements from the Saudis, the UAE, as well as the Americans in the Red Sea, which Sana’a is monitoring and knows that they intend to escalate the tension.”

The spokesman for Yemeni armed forces bluntly warned the Saudi-led military alliance against its continued violations of the UN-backed truce.

Brigadier General Yahya Saree made the remarks on Saturday as he visited Yemeni army troops and Popular Committees fighters in al-Juba and al-Balaq areas of Ma’rib province.

Saree said the Saudi-led coalition tends to escape its responsibilities under the ceasefire and has exposed its true nature of deception and felony.

Yemeni people are going through the most critical period, he said, adding that the Saudi-led alliance will either show its seriousness in implementing the ceasefire or continues to breach the truce as usual.

The Saudi-led coalition detained another oil tanker carrying thousands of tons of fuel toward Yemen in violation of the truce.

Essam al-Mutawakel, a spokesman for the Yemen Petroleum Company (YPC), said on Saturday that the coalition stopped Yuhud oil tanker from docking at the strategic Yemeni port city of Hudaydah amid a crippling fuel shortage in the war-ravaged country.

The Yemeni official added that the ship was loaded with 31,959 tons of diesel fuel at the time, and was seized despite having been inspected and cleared for a port call by the United Nations.

This is not the first time that the Saudi-led coalition has seized Yemeni-bound fuel ships in spite of the truce, which went into effect early last month.

The YPC said in a statement on Friday that the coalition did not allow the Princess Khadija tanker, which was carrying 29,226 tons of diesel fuel, to dock at Hudaydah port and offload its cargo.

Separately, local sources in Yemen reported on Saturday that two senior militant commanders backed by the United Arab Emirates were killed and several others injured during clashes in the southern Yemeni province of Dhale.

The sources said Waleed Saleh Al Dhami and Mohammad al-Shobaji, the commander of the so-called Security Belt Forces, the elite military wing of the separatist Southern Transitional Council, were killed during fierce skirmishes with a group of gunmen inside a military camp in Hakula area.

The clashes took place as prisoners were being transferred from a nearby town to the headquarters of Security Belt Forces in Dhale province. 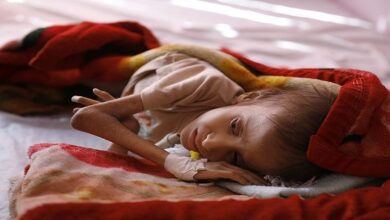 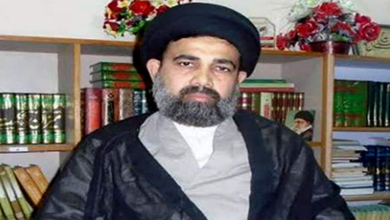