Tehran has hosted a conference on Yemen titled “Yemen; the axis of change and self-confidence in the Islamic world.” The participants underlines that the war on Yemen is a plot hatched by the US and Israel against the impoverished nation of Yemen.

Addressing the conference the Yemeni ambassador to Tehran said the war in Yemen is an American war against the Yemeni people because Saudi Arabia and the UAE are the puppets of the US in this prolonged war.

Since March 2015, Saudi Arabia and some of its Arab allies have been carrying out deadly airstrikes against Yemen in a bid to bring fugitive former president Abd Rabbuh Mansour Hadi, a close ally of Riyadh back to power. The war has already killed tens of thousands of people, mostly civilians.

Analysts say that the resistance of Yemeni people in the war changed the balance of power in their favor, which caused the nation to become a role model for other Muslim nations; a role model which has been inspired by the Islamic revolution of Iran. 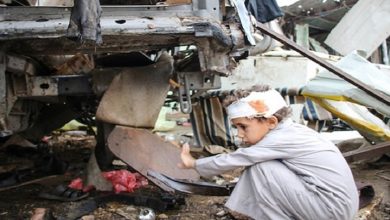 Human Rights Center: 137 Civilians were Killed and Injured in November