Yemen’s National Salvation Government and popular forces are advancing in the southern province of Ma’rib.

Fighting between Yemeni National Salvation Government forces and the Saudi coalition has intensified on the Juba front, south of Ma’rib Province, and dozens of Saudi coalition forces have been killed and wounded in the past few days.

In addition to the casualties inflicted on the Saudi coalition forces, the coalition military equipment on the Juba front has fallen to the hands of Yemenis.

According to the Yemeni news sources, while advancing on the Juba front, the National Salvation Government also captured various areas in western Juba.

The advances came as Saudi coalition troops had air support.

Ansarullah: We Don’t Trust Our Enemy, We Have Right of Retaliation 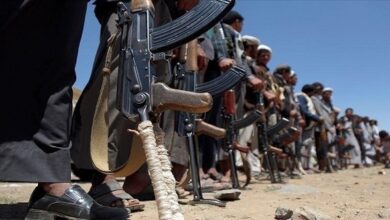 US calls on Yemen’s Houthis to release local embassy staff