The leader of Yemen’s Ansarullah resistance movement says the United States was in charge of administering his country’s internal affairs prior to the popular revolution against former Yemeni president Abd Rabbuh Mansur Hadi, better known as the September 21 Revolution.

Abdul-Malik al-Houthi said during a live televised speech from the Yemeni capital city of Sana’a on Monday afternoon that such foreign guardianship had led to the collapse and complete occupation of Yemen.

“The revolution is a great achievement, and is still going on … There used to be foreign guardianship in Yemen before the revolution, and former political factions had no intentions whatsoever to gain the independence and freedom of the Yemeni nation,” Houthi noted.

He highlighted that Washington used to conduct Yemen’s affairs before the September 21 Revolution, and the US embassy in Sana’a had the upper hand over the presidential office.

“There were explosions, assassinations and Takfiri terrorist elements before the revolution. The enemies did their utmost to eliminate the sources of Yemen’s financial and spiritual might, and push the country to the brink of collapse to occupy it,” the Ansarullah chief said.

The Ansarullah leader went on to say that the US used al-Qaeda terrorists to create division within Yemen, and to advance its hegemonic agenda, stressing that Washington also sought to influence Yemen’s educational system in favor of the Israeli regime.

He added that Saudi Arabia and the United Arab Emirates (UAE) are just pawns in the hands of the United States, and are “cows being milked” by Washington to serve the Tel Aviv regime’s interests.

“The Yemeni nation has decided to reject capitulation to US and Israeli schemes, and to be recognized by their faith and dignity,” Houthi said.

The Ansarullah leader underlined that the September 21 Revolution represented people from all walks of the Yemeni society as well as various tribes and political parties.

“No hate campaign, riots or acts of vandalism ensured Yemen’s revolution. The US, however, left no stone unturned to prevent the formation of a viable government after the revolution. Much to its chagrin, American troops had to withdraw from Yemen,” Houthi said.

“The US imposed aggression against Yemen to prevent the nation from attaining their goals. Yemenis have been steadfast and made tremendous sacrifices in the face of the aggression,” he added.

“We cannot allow outsiders to take control of Yemen’s natural resources, and keep the people in abject poverty. People’s interests are a high priority for us. We are striving for the Yemeni nation’s independence, freedom and control over their national wealth,” the Ansarullah chief highlighted.

He said Yemen’s Sana’a-based National Salvation Government is working to reform state institutions in the crisis-stricken Arab country, and is eager to forge friendly relations with all its neighboring countries and the international community.

The Ansarullah leader concluded that Yemen will continue to firmly support the Palestinian cause and their struggle against the Israeli occupation.

Saudi Arabia, backed by the US and regional allies, launched the war on Yemen in March 2015, with the goal of bringing Hadi’s government back to power and crushing Ansarullah.

Yemeni armed forces and allied Popular Committees, however, have grown steadily in strength against the Saudi-led invaders, leaving Riyadh and its allies bogged down in the country. 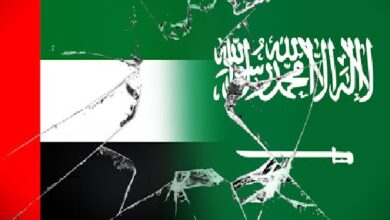 Saudi Ambassador in Yemen Detained for Spying for UAE 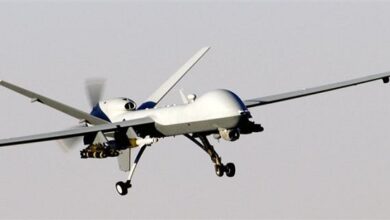