A top-ranking Yemeni official says the United States has taken no practical step to promote peace and end the long-running war in the war-torn country, stressing that what American officials say is only meant for media consumption.

“The remarks by US officials regarding peace in Yemen are only for propaganda purposes and we have not witnessed any practical action supporting these remarks,” Mohammed Ali al-Houthi, a member of Yemen’s Supreme Political Council, said in an interview with Arabic-language al-Masirah television on Monday.

“It is the United States that has waged war against the people in Yemen, continues to bomb them with warplanes, imposes a siege on them and has occupied parts of Yemen through its allied forces,” Houthi added.

The member of Yemen’s Supreme Political Council underlined that the US administration can prove its seriousness about peace by stopping the raids and lifting the economic blockade on food, medicine and fuel imports.

The siege includes the closure of the Sana’a International Airport, which has made it impossible for food and medical supplies to reach the poor in the war-torn country, and the vital port of Hudaydah, which acts as a lifeline for the Yemenis.

Houthi’s remarks come as all efforts by the United Nations and collective action at the international level for establishing peace and ending the imposed war have failed.

The Yemenis say the aggressors have to end all their attacks against Yemen, take out all their forces, end an all-out siege that they have been imposing on the Arab country, and compensate the victims before entering any peace process.

Saudi Arabia and some of its regional allies, backed by the US and other Western powers, have been engaged in a devastating war on Yemen that began in March 2015 to reinstall Yemen’s former President Abd Rabbuh Mansur Hadi, a staunch ally of Riyadh, and crush the Ansarullah movement.

The Saudi war, which Riyadh had claimed would last only a few weeks but is still ongoing, has failed to achieve its goals, but pushed Yemen to the brink, killed hundreds of thousands of innocent people, and destroyed the infrastructure.

Over the past few weeks, Ma’rib has been the scene of large-scale operations by Yemeni troops, who are pushing against Saudi-sponsored pro-Hadi militants.

Yemeni forces are closing in on Ma’rib, the last stronghold of pro-Hadi forces in northern Yemen, the loss of which would mean the defeat of the Saudi-backed regime. 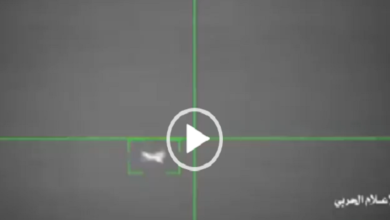