A top-ranking official from Yemen’s Supreme Political Council has derided the commander of the US Central Command, Kenneth McKenzie, over his claim that Sana’a does not want to sit at the negotiating table, saying the US official is out of touch with politics.

Mohammed Ali al-Houthi, member of Yemen’s Supreme Political Council, tweeted on Sunday that McKenzie was “far from the world of politics”, saying he and the CENTCOM only issue statements.

The official from Yemen’s popular Houthi Ansarullah movement advised the US “decision-makers” to “pity” McKenzie and “provide him with correct political information about what is going on in the region and the solutions offered so far.”

Al-Houthi’s comments came two days after McKenzie said that leaders of the Ansarullah movement did “not want to sit at the negotiating table,” and that they “seek to control Ma’rib before engaging in any negotiating process.”

Saudi Arabia and some of its regional allies, backed by the US and other Western powers, have been waging a devastating war on Yemen beginning in March 2015 to reinstall Yemen’s former president Abd Rabbuh Mansur Hadi, a staunch ally of Riyadh, and crush the Ansarullah revolution.

The Saudi war, which Riyadh had claimed would last only a few weeks but is still ongoing, has failed to achieve its goals, but pushed Yemen to the brink, killed tens of thousands of innocent people, and destroyed the impoverished state’s infrastructure.

Fully backed by the Saudi-led military coalition and with the help of his militiamen, Hadi has secured a foothold in southern Yemen. He also controls the Ma’rib city, the capital of an eponymous province in northern Yemen.

The Yemeni army and allied Popular Committees have launched a months-long offensive to liberate Ma’rib, which is the last significant pocket of Hadi-held territory in the north. The loss of Ma’rib would be a major blow to Hadi and Saudi Arabia.

All UN and internationally-mediated efforts for establishing peace and end the imposed war have failed.

The Yemenis say the aggressors have to end all their attacks against Yemen, take out all their forces, end an all-out siege that they have been imposing on the Arab country, and compensate the victims before entering any peace process.

The invading enemy has for years imposed an all-out blockade on the impoverished country.

The siege includes the closure of Sana’a International Airport, which has made it impossible for food and medical supplies to reach the poor in the war-torn country, and the important port of Hudaydah, which acts as a lifeline for Yemenis. 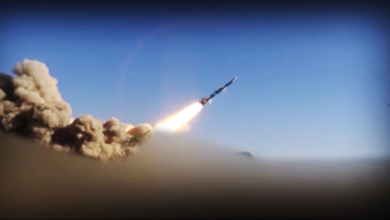 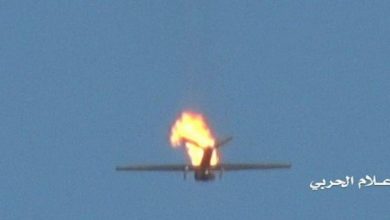 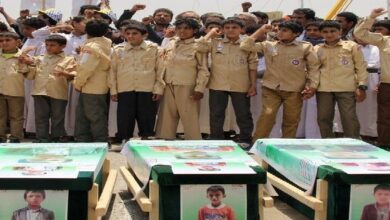