The governor of Yemen’s southern province of Shabwa has warned Saudi Arabia and the United Arab Emirates (UAE) against further attacks on the Yemeni gas facilities, noting that the Saudi-led coalition is plotting to bring work of the country’s strategic ports to a standstill.

Ahmed Hassan al-Amir said on Monday that the objective of the two adversaries was to eliminate the Balhaf gas liquefaction and LNG facilities and the export facilities of an eponymous industrial port town in the province.

He said intense artillery fire against the facilities on Sunday could confirm the plot to stop the production and export of gas in Yemen, Yemen’s Arabic-language al-Masirah television network reported.

Saudi Arabia, backed by the United States and its other regional allies, not least the UAE, launched the devastating war on Yemen in March 2015, with the goal of reinstating the government of Yemen’s former President Abd Rabbuh Mansur Hadi and crushing the popular Houthi Ansarullah movement.

Having failed to fulfill the objective, the campaign has left tens of thousands of Yemenis dead, and displaced millions. It has also destroyed Yemen’s infrastructure and spread famine and infectious diseases nationwide.

Amir further said the establishment of Saudi and Emirati military bases in and around Balhaf could also lay bare the scheme to shut down Yemen’s ports.

Shabwa’s governor called for the anti-Yemen coalition to be held responsible for the destruction of gas facilities in Balhaf. He urged the people and tribes of the province to work for the expulsion of invaders and their mercenaries from the province.

With the all-out blockade on Yemen in place since the onset of the bloody war, the country is witnessing the world’s worst humanitarian crisis.

The tight siege, among others, has led to the closure of the Sana’a International Airport, the largest and most important airport in Yemen, and closed the Hudaydah port, which acts as a lifeline for the impoverished nation.

Last month, Yemen’s Ministry of Transportation said 80 percent of activities in ports had been halted because of the airstrikes.

The ministry also estimated the damage caused by direct attacks on port infrastructure and equipment at over $2 billion. The Land Transport Authority, it said, had suffered more than $208 million in damage. 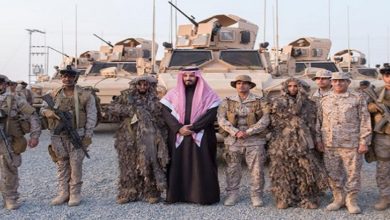