Lowcock said on Wednesday that the world body had managed to prevent famine in the period 2018–2019 due to a well-funded aid appeal, warning that the world would be witnessing the worst famine in decades in case a sum of $3.85 billion the UN needs is not raised at a virtual pledging conference on Monday.

“What is alarming and what is different about the situation we’re in now is that there’s been such a big drop off in support for the aid operation that we’ve been cutting aid to starving people – not in an isolated way, in a way that affects millions of people all over the country,” he pointed out.

Lowcock went on to say that the United Nations in 2020 only received just over half the $3.4 billion it needed, saying it was largely because of smaller contributions from Persian Gulf countries.

He urged them to pledge generously for the current year and pay quickly.

“This is an entirely man-made famine,” the senior UN official stated.

The United Nations describes Yemen as the world’s largest humanitarian crisis, with 80 percent of the people in need of help.

Earlier this week, Lowcock said some 16 million people in Yemen are going hungry and five million of those people are “just one step away from famine.”

Some 400,000 children under the age of five are severely malnourished, he said.

“Those children are in their last weeks and months,” he warned. “They are starving to death.”

The UN appeal to the Persian Gulf Arab countries to donate money for Yemen comes as some of these countries have been involved in the Saudi-led military aggression against the impoverished country.

Saudi Arabia and a number of its regional allies launched the war on Yemen in March 2015, with the goal of bringing the government of former president, Abd Rabbuh Mansur Hadi, back to power and crushing the popular Ansarullah movement.

Ansarullah, backed by the Yemeni armed forces and allied popular groups, has gone from strength to strength against the Saudi-led invaders, and successfully defended Yemen against the aggression, leaving Riyadh and its allies bogged down in the county. 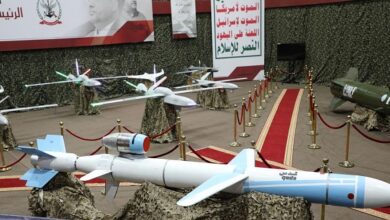