One woman and a female child were killed and three women were injured in a Saudi artillery shelling on Hodeidah city, according to local sources.

The sources added that the aggression forces violated the ceasefire in Hodeidah and fired artillery shells at Al-Hawk directorate in Hodeidah, killing a woman as well as a female child, injuring three other women, and damaging many houses. 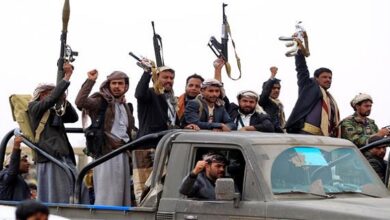