Saudi Arabia has conducted a rocket attack on a border district in Yemen’s northwestern Sa’ada Province, killing all members of a family.

The al-Masirah television network reported that the family consisting of a father, a pregnant mother and two children had lost their lives in the Saudi rocket strike on BeniSayyah area of Sa’ada’s Razih district.

Sa’ada’s border neighborhoods are subjected to daily Saudi shelling which cause civilian casualties and destroy properties, the report added.

The fresh Saudi crime comes amid a global fight against the deadly coronavirus (COVID-19) pandemic, which first showed up in China in late December 2019 before spreading to other parts of the world.

Yemen has not recorded any COVID-19 cases to date, but the possibility of an outbreak threatens the country’s fragile healthcare system, which is already struggling to fight cholera and dengue fever.

Last month, OsamahAlfakih, advocacy director of the independent Yemeni rights group Mwatana, estimated that attacks on hospitals and clinics have closed over half of Yemen’s pre-war facilities.

“Even those hospitals that remain open lack specialists, equipment and medicine. We currently only have 10 healthcare workers per 10,000 people instead of the standard 22,” he said, adding that the constant threat of being targeted makes it very difficult for doctors and nurses to work.

On March 25, UN Secretary General Antonio Guterres urged Yemen’s rival parties to work with his special envoy, Martin Griffiths, to achieve a nation-wide de-escalation, saying, “a political solution is the only way to a comprehensive and sustainable resolution of the conflict in Yemen.”

It followed an earlier call by Guterres for “an immediate global ceasefire in all corners of the world” to tackle the novel coronavirus (COVID-19) pandemic.

The popular Houthi Ansarullah movement said any political solution to the Yemen conflict should begin with an end to the US-sponsored Saudi military aggression and the blockade on the impoverished state. 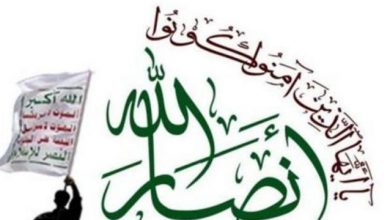 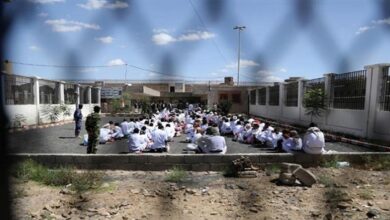