The military media of the Yemeni army released on Tuesday a video showing that the Yemeni liberated al-Ghail district of al-Jawf province.

Earlier, the Yemeni army’s spokesman Yahya Sarie said that the army controlled and secured over the whole province of al-Jawf in a military operation, killing and wounding hundreds of Saudi soldiers and mercenaries, in addition to capturing others. 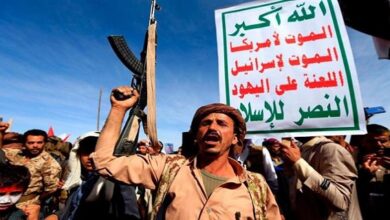