Yemeni Air Defenses of the Army and Popular Committees intercepted and targeted, Monday, a hostile spy drone run by the US-Saudi aggression in Hodeidah governorate, in retaliation for the coalition’s military aggression against Yemen.

A military source told Almasirah Net that the spy drone was downed in Al-Faza area of Attohayta district while carrying out hostilities.

The air defenses of the Army and Popular Committees also shot down, on March 1, a spy drone belonging to the forces of aggression in the city of Hodeidah while carrying out hostilities. 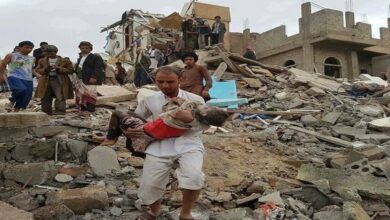