Saudi Arabia has stopped a desperately-needed fuel shipment from entering the Yemeni port city of Hudaydah, a lifeline for millions of people in the impoverished war-torn country.

The Saudi-led military coalition, which has imposed a brutal war on Yemen since March 2015, seized a Hudaydah-bound fuel tanker on Saturday, reports said.

The Saudi coalition has been enforcing a tight naval blockade on Yemen, particularly on Hudaydah, which acts as a lifeline for the impoverished nation, since August 2015, five months after it started the war.

The war has also taken a heavy toll on the country’s infrastructure, destroying hospitals, schools, and factories. The UN says over 24 million Yemenis are in dire need of humanitarian aid, including 10 million suffering from extreme levels of hunger as the invaders keep obstructing inflow of direly-need supplies.

Saudi Arabia strives to reinstall ex-president of Yemen Abd Rabbu Mansur Hadi, a staunch ally of Riyadh, who resigned from presidency and fled to the Arab kingdom in January 2015 amid popular outcry over corruption and mismanagement of the economy.

The coalition also tries to crush the Houthi Ansarullah movement, which has taken over state matters to prevent the country from descending into chaos and has been helping the Yemeni army in defending the country against invaders. 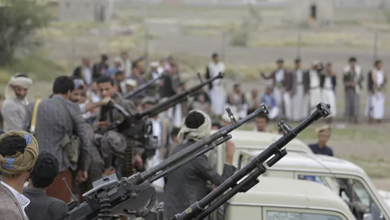 No immunity for Saleh: Yemeni women