International humanitarian groups have censured the Saudi-led air blockade of Yemen and closure of the airport in the war-torn country’s capital city of Sana’a, arguing that the measure has prevented thousands of sick civilians from traveling abroad for urgent medical treatment.

The Norwegian Refugee Council and Cooperative for Assistance and Relief Everywhere (CARE) said late on Monday that the three-year suspension of services at Sana’a International Airport has amounted to a “death sentence” for many sick Yemenis.

They appealed on Yemen’s warring parties to come to an agreement to reopen the airport for commercial flights to “alleviate humanitarian suffering caused by the closure.”

Speaking in an exclusive interview with Press TV in late May, Yemeni Health Minister Taha al-Mutawakil said the Saudi blockade had hampered efforts to help Yemeni civilians with medical assistance.

Mutawakil said many Yemenis were suffering from acute malnutrition.

He also added that there were more than 8000 dialysis patients, but they lacked treatment because the Saudis were preventing the entry of dialysis equipment and supplies.

Mutawakil further highlighted that the number of cancer cases had also increased due relentless Saudi bombardments and its use of internationally-banned ammunition.

The Yemeni health minister also slammed the international community for offering no help and staying silent about Saudi crimes in Yemen.

On Tuesday, Saudi-led military aircraft launched five airstrikes against a number of residential areas in the Sahar district of Yemen’s northwestern province of Sa’ada. There were no immediate reports about possible casualties and the extent of damage caused.

Saudi Arabia and a number of its regional allies launched a devastating campaign against Yemen in March 2015, with the goal of bringing the government of Hadi back to power and crushing Ansarullah movement. 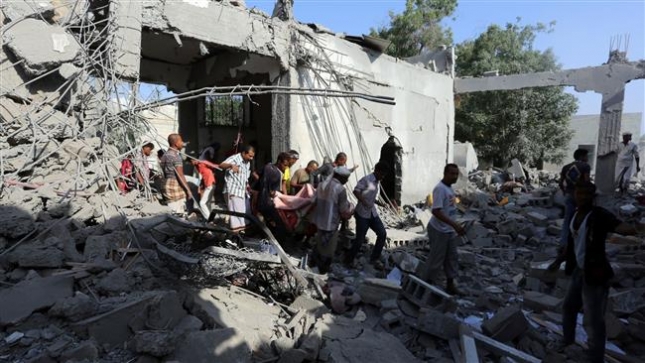 18 Saudis wounded in Yemeni attacks in retaliation to continued bombing