Russia has condemned Britain for its seizure of an Iran-operated supertanker off the coast of Gibraltar, calling the provocative move a deliberate step geared to further deteriorate the situation in the Middle East.

“We condemn the seizure of a super tanker flying the Panamanian flag committed on July by the Gibraltar authorities who were backed by UK Royal Marines,” the Russian foreign ministry said in a Friday statement, carried by TASS news agency.

On early Thursday morning, British Royal Marines in Gibraltar stormed the 300,000-tonne Grace 1 and detained it, accusing it of carrying oil to Syria in possible violation of the European Union’s sanctions on the war-torn Arab country.

“We consider the detention of the vessel and its cargo as a deliberate step geared to further aggravate the situation around Iran and Syria. Commentaries by UK and US officials that came immediately after this operation only prove these assessments and indicate that this operation had been plotted beforehand and involved corresponding services and agencies of several countries,” the Russian foreign ministry further said.

According to Gibraltar authorities, the 28 crewmembers, who are nationals of India, Pakistan and Ukraine, are currently staying aboard the tanker, along with local police and customs officers boarding the vessel for a period of a probe.

Iran has condemned the move as “maritime piracy” and summoned Britain’s ambassador in protest. It has vowed to employ all its political and legal capacities to secure the release of the vessel and uphold its rights.

On Friday, Secretary of Iran’s Expediency Council Mohsen Rezaei called for the reciprocal seizure of a British oil tanker in case London refuses to release the vessel.

Separately, Spain’s acting Foreign Minister Josep Borrell said on Friday that Madrid was planning to lodge a formal complaint against the UK and was studying the circumstances and looking at how the incident is affecting its sovereignty.

Spain, which challenges the British ownership of Gibraltar, has said the seizure was prompted by a US request to Britain and appeared to have taken place in Spanish waters.

However, the British-claimed overseas territory rejected the claim, saying that Gibraltar had acted independently.

Gibraltar’s position comes as a British Foreign Office spokesman had welcomed the move on Thursday, describing it as a “firm action by the Gibraltarian authorities, acting to enforce the EU Syria Sanctions regime.”

The seizure of the Panama-registered Grace 1 comes as the US has pledged to cut Iran’s oil exports to “zero” as part of the sanctions that it has reinstated after leaving a landmark multilateral 2015 nuclear deal with Iran in May last year.

Tensions have further heightened between Washington and Tehran when the US began to deploy military reinforcements and troops to the Middle East in early May, citing alleged “threats” from Iran.

Several oil tankers have also been targeted near the Persian Gulf region, with Washington and its ally Saudi Arabia quickly blaming Iran for the attacks. Tehran has rejected any involvement, saying the incidents appear to be false flags meant to frame the Islamic Republic. 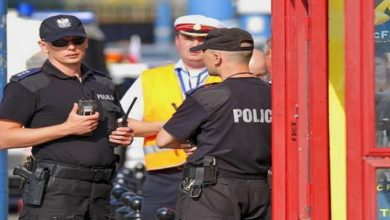 Two Arrested in Poland over Planned Attacks on Muslims 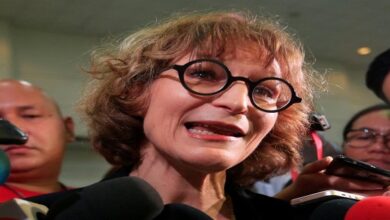