Boko Haram Takfiri terrorists have raided and briefly seized a military post in Nigeria’s northeastern province of Borno, stealing weapons before they were forced out, a week after terrorists similarly raided another army outpost in the volatile province.

According to security forces and local residents on Saturday, a column of terrorists in trucks and on motorcycles stormed into a military base in the town of Magumeri, some 50 kilometers from the provincial capital Maiduguri late on Friday.

The Boko Haram terrorists overran the base for several hours, hauling away weapons before they were forced out by army soldiers.

“The terrorists dislodged troops from the base after an intense fight,” AFP quoted an unnamed military officer as saying. “We lost weapons and equipment to the terrorists but it is not clear if there was any human loss,” further said the officer, who spoke on condition of anonymity.

According to pro-government militia leader Gremah Kaka, terrorists came to the town about 5:00 p.m. local time (1600 GMT) and started an hour-long fight with the troops in the base before they “gained the upper hand and chased the troops away.”

He further noted that Boko Haram terrorists overpowered the army soldiers and forced them to flee into the nearby woods, adding that the invaders stayed in the base for “more than four hours” before they were chased away by reinforcements from another base in Gubio, some 46 kilometres from Magumeri.

On April 26, Boko Haram terrorists stormed a military outpost in Mararrabar Kimba, some 135 kilometres from Maiduguri, killing five soldiers and stealing weapons, while some 30 troops were listed as missing.

The terror group has since July last year targeted dozens of military bases in attacks that saw the terrorists kill scores of troopers.

Boko Haram’s nine-year militancy is estimated to have killed more than 27,000 people and forced 1.8 million others to flee their homes.

‘ISIS does not speak for Islam’ 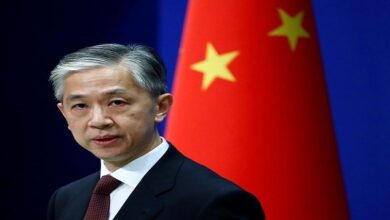 US spying all over world unacceptable, intolerable: China