Russia’s military intelligence chief says such terrorist groups as al-Qaeda and Daesh are establishing a foothold in Latin America to recruit members for their activities in the Middle East and North Africa, where they have been mainly based.

Kostyukov was speaking at the 8th Moscow Conference on International Security, an international defense forum gathering defense ministers and experts from various countries.

He said the terrorist groups were seeking to infiltrate the six million Muslims living in Latin America.

The terrorist groups “are recruiting militants to fill their ranks in the Middle East and North Africa,” and “gathering the funds needed for that,” he said.

Extremist activity has been rare in Latin America so far. In a singular case last year, Brazilian prosecutors announced charges against 11 people for promoting Daesh through social media and recruiting militants to send to Syria.

Daesh overran large swaths of Syria and Iraq in offensives beginning in 2014. The group was, however, militarily defeated by the governments of the two Middle Eastern countries in the course of some four years.

Many of its members, including recruits from all across the world, were killed in the anti-terror operations, which were assisted by regional countries.

The group has largely shrunk as a result of that defeat, but it has sought to regroup in other regions, including Afghanistan, Southeast Asia, and Africa.

Al-Qaeda has been relatively less active since the death of its leader, Osama bin Laden, in 2011. 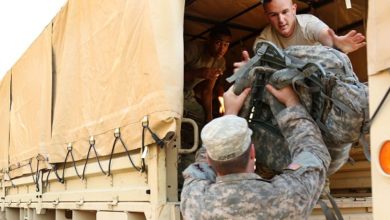 400 US infantry soldiers mobilizing for deployment to Afghanistan