Three people are believed to be dead after a mosque in Durban came under attack at 14:39 on Thursday.

It is believed that the attackers are three Egyptian nationals, who allegedly slit the throats of the three people.

“The suspects have fled in a white Hyundai Getz. Rusa is requesting the public’s assistance in apprehending these suspects. Paramedics or doctors who can assist can report to the scene,” the statement said.

Mosque Verulam. Old Main Road – Ottawa Verulam. mosque has attacked by 3 Egyptian Nationals who slit the throat of 3people including the Moulana. Mosque has been set alight. The suspects have fled in a white Hyundai Getz

Attack at a Mosque in Verulam KZN. Building was also set on fire. Reports of fatalities and injuries. 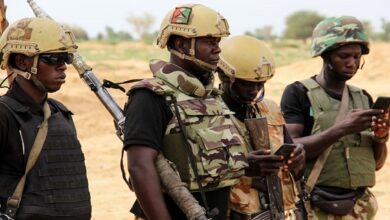