The US Defense Department has called on Congress to approve a major budget increase in order to counter “threats” from Russia, China, and North Korea.

The Pentagon on Monday asked for a budget of $686 billion to be allocated to military spending in 2019. The requested amount is one of the largest in US history, and is also focused on beefing up the country’s nuclear arsenal. The budget sees an increase of $80 billion from 2017.

On top of the $686 billion budget request was an additional $30 billion for agencies including the Department of Energy, which maintains American nuclear weapons.

Under-Secretary of Defense David L. Norquist told reporters on Monday that the budget aims to neutralize threats posed by China and Russia which “want to shape a world consistent with their own authoritarian intentions.”

“We recognize that, if unaddressed, our eroding US military advantage versus China and Russia could undermine our ability to deter aggression and coercion in key strategic regions,” he added.

According to the budget document, Beijing is “using predatory economics to intimidate its neighbors while militarizing features in the South China Sea.”

China “seeks Indo-Pacific regional hegemony in the near-term,” the document claims, but in the long term seeks to “achieve global preeminence” over the United States.

Promoting his proposal on Monday, Trump said the US military would be the strongest it has ever been.

Last month, Defense Secretary Jim Mattis warned of “growing threats” from Russia and China, saying the US military’s advantages over the two countries have eroded in recent years.

The assessment was part of an unclassified summary of the Pentagon’s new National Defense Strategy Mattis unveiled on January 19.

“We face growing threats from revisionist powers as different as China and Russia, nations that seek to create a world consistent with their authoritarian models,” he said.

“Our military is still strong, yet our competitive edge has eroded in every domain of warfare — air, land, sea, space and cyberspace — and is continually eroding,” he added.

A recent report by the US think tank RAND Corporation warned that the United States would likely lose a simultaneous military confrontation with Russia and China.

Thanks to their major technology advancements over the past years, Beijing and Moscow have now reached a level that they can top Washington in certain areas of military prowess, the report said, warning that limited budget and a lack of enough forces to support the “ambitious” US military plan were hindering American forces.

US Army suffer pessimism about their future, a new report says 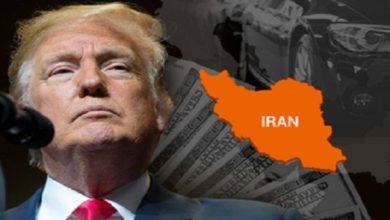 Trump Says will Be Iran’s ‘Best Friend,’ Thanks for not Downing US Plane

US asks Congress to review sale of guided bombs to Saudi, UAE: Report