An estimated 300 Americans attempted to join the ISIS and other radical Extrimist groups in Iraq and Syria, including a small number who rose to senior positions, according to the most detailed report to date on this issue.

NPR– So far, 12 of those Americans have returned home, yet none has carried out an attack on U.S. soil, according the report released Monday by George Washington University’s Program on Extremism.

“I think what we were struck with was the few numbers of returnees that we saw,” said Seamus Hughes, one of the report’s authors. “There was always concern that this wave of what the FBI would call ‘the terrorist diaspora’ would come back. In many ways it’s just a trickle right now.”

The exact number of Americans who ran off to join the ISIS— and their fates — has always been fuzzy. The FBI has occasionally offered general numbers, but provided few details.

The report covers the period since 2011, when the Syria war erupted. The ISIS peaked, in terms of power and territory, in the summer of 2014, when it held large parts of Syria and Iraq.

The U.S. then began working with local partners to battle ISIS. The extremist group has now lost virtually all territory it once held, though it is still capable of carrying out deadly attacks in those countries, and has established footholds in several other states.

One percent of foreign fighters

The 300 or so Americans account for about 1 percent of the estimated 30,000 foreign fighters who joined ISIS in Iraq and Syria. The majority came from the Middle East, North Africa and Europe.

The George Washington University team scoured online material, reviewed court records, spoke with government officials and interviewed some of those who returned to the U.S. after joining ISIS.

Still, the report could account for just over a third of those who tried or succeeded in joining radical Extrimist groups.

“I know the numbers in the intelligence community are much better than mine, as one would expect,” said Hughes. “But we tried to do our best to have the largest public accounting of the phenomenon.”

Around 50 Americans were arrested as they tried to leave the country, and never made it out of the U.S. The report was able to document 64 individuals who did reach Syria or Iraq.

They include Zulfi Hoxha, a New Jersey resident of Albanian descent.

“He was a bit of loner. High school friends describe him as kind of a geek,” Hughes said.

He traveled to Syria in 2015, and U.S. authorities have described as a “senior ISIS commander.” He appears in two ISIS propaganda videos, including one where he beheads a prisoner, according to Hughes.

A dozen return to the U.S.

Of the 12 Americans who returned, nine were arrested and remain in custody, the report said. Two others are known to law enforcement, but have not been detained, it added. The 12th man went back to Syria a second time and carried out a suicide bombing, the report said.

While no American has returned and carried out an attack, one man, Abdirahman Sheik Mohamud of Ohio, planned to do so.

He was among a small number of Americans to join al-Nusra in Syria, an extremist group linked to al-Qaida. One of his commanders sent him back to Ohio with orders to attack a U.S. military facility.

Mohamud returned to Ohio in 2014, and was arrested the following year. He pleaded guilty to plotting the attacks and last month was sentenced to 22 years in prison.

The report did not deal with those who may have been inspired by ISIS and acted inside the U.S. For example, authorities say Sayfullo Saipov, the man charged with ramming a truck into pedestrians, killing eight in New York City last October, was inspired by ISIS. But his case is not included in the report.

It’s still not clear what’s happened to thousands of other ISIS fighters in Iraq and Syria as the group lost its self-declared caliphate.

Hard-core fighters are expected to remain and keep fighting. Others may be slipping across the border into Turkey. And some have been detained, though the U.S. has given no indication it is holding ISIS fighters.

In Iraq, the government is putting ISIS members on trial.

In Syria, where the war grinds on, it’s more complicated. The Syrian Democratic Forces, militia fighters aligned with the U.S., are holding hundreds of ISIS fighters, according to U.S. military officials. 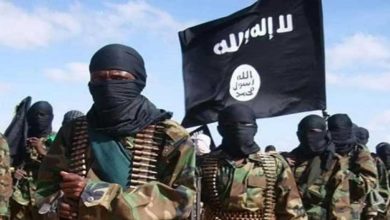 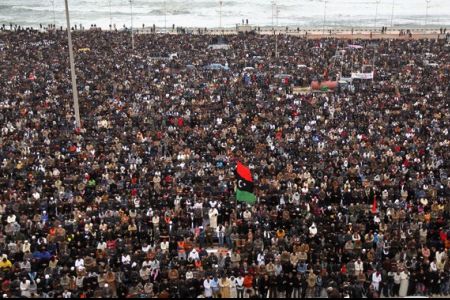 Tens of Malaysian Mecca ‘pilgrims’ slip off to join IS