US Special Operations troops, including Navy Seals and Army Green Berets, were deployed in 149 nations in 2017, a 150 percent jump from the administration of George W. Bush, and a modern record for shipping US military policy around the globe, according to new data.

“We operate and fight in every corner of the world,” chief of US Special Operations Command (SOCOM) General Raymond Thomas recently boasted, Sputnik reported.

“Rather than a mere ‘break-glass-in-case-of-war’ force, we are now proactively engaged across the ‘battlespace’ of the Geographic Combatant Commands,” Thomas enthused, adding that US forces were globally “providing key integrating and enabling capabilities to support […] campaigns and operations,” cited by The Nation.

But that worldwide scope has only spread thinner the assets of a country already to seen to be too involved in the doings of other nation-states, and Capitol Hill members are growing increasingly concerned.

“We don’t know exactly where we’re at in the world, militarily, and what we’re doing,” Senator Lindsey Graham (R-SC), of the Senate Armed Services Committee in October, stated after four US Special Operations soldiers were killed in West Africa’s Niger.

“Most Americans would be amazed to learn that US Special Operations Forces have been deployed to three quarters of the nations on the planet,” the director of the Arms and Security Project at the Center for International Policy, William Hartung, declared, according to The Nation.

“There is little or no transparency as to what they are doing in these countries,” Hartung asserted, stressing that “and whether their efforts are promoting security or provoking further tension and conflict.”

Following 9/11, SOCOM “expanded the size of our force by almost 75 percent,” General Thomas stated in May to the US Senate Armed Services Committee.

The global military outreach by the US shows no signs of slacking for 2018.

US President Donald Trump, following his inauguration, upped the ante by giving military commanders in conflict zones, including Yemen and Somalia, additional authority to launch attacks without seeking the permission of Pentagon brass.

SOCOM forces, in just the first six months of the Trump presidency conducted five times the number of lethal missions as were conducted during US President Barack Obama’s last six months in office, according to national security expert Micah Zenko, a Whitehead Senior Fellow at the Chatham House think tank.

In just a fraction of 2017’s growing list of global hotspots, US Special Forces soldiers have been killed in Iraq, Syria, Afghanistan, Yemen and Somalia, as well as in Niger and Mali. Ongoing operations in Libya saw US Navy Seals kidnapping a suspect in the 2012 Benghazi attacks and, in the Philippines, US Special Forces have fought side by side with Manila troops in the bloody battle to recapture Marawi City after it was seized by militants earlier in the year.

The significant increase in SOCOM deployment around the world is straining not only the resources of the Pentagon, but also the ability of the US state department to do its job through diplomatic channels.

“This is a colossal mistake,” Hartung stated of the rapidly expanding US global military footprint, particularly “if one is concerned about reining in the globe-spanning US military strategy of the post-9/11 era, which has caused more harm than good and done little to curb terrorism.”

1000s rally in Turkey, Europe in support of Kobani 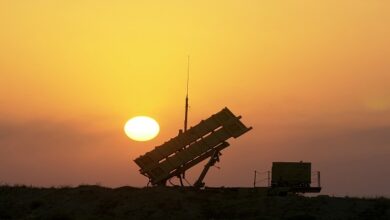 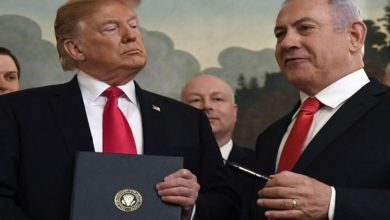