The European Union (EU) says Saad Hariri, who shockingly resigned as the Lebanese prime minister in Saudi Arabia more than a week ago, should return to his country, and warns against foreign meddling in Lebanon’s affairs.

“We appeal first of all to the political forces to focus on Lebanon and what they can deliver to their citizens, Prime Minister Hariri to return to his country and the unity government … to focus on domestic achievements,” the EU foreign policy chief, Federica Mogherini, said Monday, after hosting a meeting of all 28 EU foreign ministers in Brussels.

She said foreign interference in Lebanon was a “current and always existing threat,” implying a warning to Riyadh.

Hariri announced his resignation in Riyadh on November 4, shortly after travelling to Saudi Arabia. The televised announcement saw him reading out from a statement.

Sources close to him later told Reuters that he had been given the statement. However, Hariri gave an interview earlier this week amid growing criticisms of Saudi Arabia, describing himself as a “free man” who intended to “return” to his home country “within days.”

The EU’s diplomatic chief further said that the meeting of the bloc’s foreign ministers had voiced unanimous support for Lebanon’s “unity and stability.”
“We expect no external interference in this national agenda and we believe it is essential to avoid importing into Lebanon regional conflicts, regional dynamics, regional tensions that have to stay out of the country,” Mogherini said.

She added that she would meet Lebanese Foreign Minister Gebran Bassil in Brussels on Tuesday.

French Foreign Minister Jean-Yves Le Drian likewise called for “non-interference” in Lebanon. “For there to be a political solution in Lebanon, it is necessary that all of the political leaders have total freedom of movement and that non-interference is a fundamental principle,” he said as he arrived for the EU meeting.

Luxembourg’s Foreign Minister Jean Asselborn warned Riyadh that a meltdown in Lebanon would further destabilize the tumultuous Middle East, adding that “a hostage crisis, if that is what is happening with the Lebanese prime minister in Saudi Arabia, is not very good news for the region.”

Last Saturday, Reuters quoted Hariri sources as saying that Saudi Arabia “has concluded that the prime minister had to go because he was unwilling to confront Hezbollah.”

Riyadh is uneasy with Hezbollah’s considerable military and political influence in Lebanon, which has significantly contributed to the country’s security. 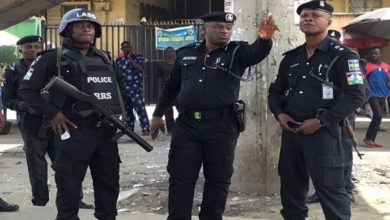