The Egyptian military says it has killed 30 militants over the course of four days in ground and air raids in the restive Sinai Peninsula​.

The military said in a statement on Friday that 30 “highly dangerous” militants had been killed and five others arrested in the operations in the province of North Sinai.

The army, however, did not explain what group the militants belonged to.

Earlier this month, Egypt was hit by one of the worst attacks on its security forces in years. At least 23 soldiers were killed and 26 more wounded in two bombings, claimed by the Takfiri Daesh terrorist group, that targeted security checkpoints south of Rafah City in northern Sinai on July 7.

Over the past years, militants have been carrying out anti-government activities and fatal attacks, taking advantage of the turmoil caused in Egypt after the democratically-elected president, Mohamed Morsi, was ousted in a military-led coup in July 2013.

The Velayat Sinai militant group, which is an affiliate of Daesh, has claimed responsibility for most of the assaults, mainly targeting the army and police. 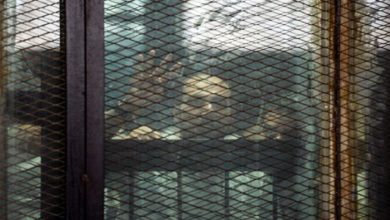