US President Donald Trump has questioned the Iran nuclear deal amid a visit by Iraqi Prime Minister Haider al-Abadi.

Trump, who has been a staunch opponent of the international agreement negotiated by the US under President Barack Obama, took the opportunity to criticize it amid meeting Abadi in the White House on Monday.

The billionaire-turned-president told an Iraqi delegation that he was wondering why Obama supported the deal, dubbed the Joint Comprehensive Plan of Action (JCPOA), further asserting “nobody” knows why.

Since he started campaigning for the 2016 presidential election, Trump has criticized the Obama administration for backing the JCPOA, also supported by the UK, Germany, Russia, China, and France.

The new president has said that Iran is one of the topics for discussion between Washington and Baghdad during the visit by Abadi and his delegation. 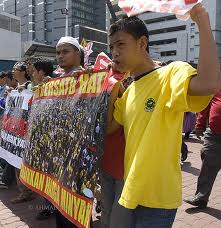