On 12th October 2016 the combined forces of the Nigerian Army, Nigeria Police, Civil Defence and their hired hoodlums attacked innocent Shiite students during the Ashura procession at Anguwan Rogo, Jos.

The Police and the Army fired teargas and live bullet at the resident of Sheikh Adamu Tsoho Ahmad where the students seek shelter. The army and their hired hoodlums were seen molesting and beating the students who were afterwards taken to Police CID and charged to court for public disturbance.

It is now more than two weeks since the unfortunate incidence, but the oppressed Shi’a students are still in illegal detention and were denied access to their education.

Names of the minors are:

Other Students (Not Minors):

The army has been targeting the students for long after conducting Free Zakzaky peaceful protest, we then wrote our complaints and passed to the appropriate authorities but no action was taken by the authorities.

This is a gross violation of our rights to education, we urge you to act in the interest of justice, peace and humanity, let the children go back to their various schools. 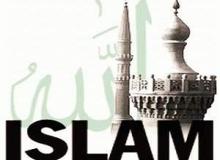