Russia has called for a thorough and unbiased investigation into a Saudi airstrike that killed over 140 people at a funeral in the Yemeni capital city of Sana’a, urging punitive measures against all those responsible for the attack.

The Russian Foreign Ministry, in a statement released on Sunday, condemned the Saturday airstrike, saying, “It must be thoroughly and impartially investigated; and its organizers and executors must be duly punished.”

The Russian statement added that “a repeat of such a tragedy can only be avoided through the cessation of violence and the resumption of a comprehensive political process, where Yemenis themselves determine their future on the basis of corresponding United Nations resolutions and national dialog without any external interference.”

More than 140 people lost their lives and over 525 others sustained injuries on October 8 when Saudi military aircraft struck a hall in the Yemeni capital where rows of people were attending a funeral.

Canada calls for probe, too

“The Saudi-led coalition must move forward now on its commitment to investigate this incident,” Dion said in a statement on Sunday.

He added, “Canada calls on all parties in Yemen to avoid an escalation of violence as a result of this incident.”

“Canada urges all parties to abide by their obligations under international humanitarian law, and to commit to political dialogue and to a lasting cessation of hostilities to halt the tragic loss of civilian life,” the Canadian foreign minister said.

Saudi Arabia has repeatedly been condemned for its indiscriminate targeting of the Yemeni population. In the war the Riyadh regime has launched on Yemen, at least 10,000 people have been killed, with many of them being civilians, according to the United Nations (UN).

On Sunday evening, the leader of Yemen’s Houthi Ansarullah movement condemned the Saudi funeral attack, saying the assault points to the frustration of the United States and the Saudi regime in the war on the impoverished Arab country.

The US has been supporting the Saudi regime in the war on Yemen.

Abdul Malik al-Houthi said Saudi Arabia and its regional allies would not have carried out the Saturday airstrike if they had not received the green light from Washington.

Meanwhile, Yemeni army forces have launched a locally-designed and -manufactured Borkan-1 (Volcano-1) ballistic missile toward an area deep inside Saudi Arabia in response to Riyadh’s atrocious aerial attacks against the country.

Yemeni soldiers, backed by fighters from Popular Committees, launched the missile attack against the King Fahad Air Base on the outskirts of the Saudi city of Ta’if, located more than 700 kilometers southeast of the capital, Riyadh, early on Monday.

The projectile set off huge explosions in the air base and caused extensive damage to the military site, Yemeni media said.

Saudi Arabia launched the war on Yemen in March 2015. Riyadh’s aggression was launched in an attempt to reinstate Abd Rabbuh Mansur Hadi, a staunch ally of Riyadh who has resigned from his post.

Meanwhile, Saudi Arabia’s Ministry of the National Guard has announced that the country has dispatched military units and equipment to its southwestern border region of Jizan in the wake of retaliatory attacks by Yemeni forces.

Sweilem Anzi, a national guard commander, said the forces are in possession of sophisticated munitions and have been deployed in the southern sector of Jizan to increase military capabilities there.

He added that new units will arrive within the next two weeks.

Tajik police chief who joined IS wanted for treason 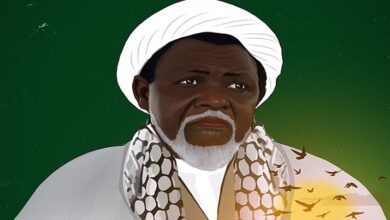