The United States and Germany have agreed to send their most advanced tanks to Ukraine, indicating a broad shift in the mood of Western countries, which had so far avoided sending heavy weaponry to Kiev and escalating with Russia.

Washington is expected to send at least 30 M1 Abrams tanks to Ukraine, US officials who spoke on the condition of anonymity told Reuters on Tuesday, adding that details for the delivery of the tanks were still being worked out.

The move could be announced as soon as Wednesday, the sources said, noting, however, that it may take months for the much-sought tanks to reach the battlefront, however.

Washington has said previously that providing Abrams tanks to Ukraine is not feasible, citing difficulties in training and maintenance. Washington and Germany had also sought to avoid the appearance of an escalation with Russia by withholding their most advanced weapons.

The latest development comes despite Russia’s warnings that deliveries of offensive weapons to Ukraine would lead to “a global catastrophe.”

Anatoly Antonov, Russia’s ambassador to the United States, has condemned as a “blatant provocation” the possible deliveries of the battle tanks by the US to Ukraine. “It is obvious that Washington is purposefully trying to inflict a strategic defeat on us,” he said in remarks published on the Embassy’s Telegram messaging app on Wednesday.

Meanwhile, German Chancellor Olaf Scholz has decided to send Leopard 2 tanks to Ukraine and to allow other countries such as Poland to send the same tanks from their own stockpiles to Kiev, two sources familiar with the matter told Reuters.

Spiegel magazine, which first reported the news, said Germany was planning to supply at least one company of Leopard 2 A6 tanks, which usually comprises 14 tanks.

Other allies, including Scandinavia, intend to go along with Germany in supplying their Leopard tanks to Kiev, the magazine said.

Until now, Berlin had been hesitant to send the Leopards or to allow other nations that have them in their possession to transfer them to Kiev, with reports early last week saying that Germany would agree to do so only if the US provided its own tanks. The decision by the US to send its M1 Abrams seems to have provided the political cover that Berlin had been seeking, according to The New York Times.

On January 20, Western military leaders gathered at Ramstein Air Base to provide Kiev with billions of dollars worth of fresh military hardware. The new package included armored vehicles and munitions for the Ukrainian forces to fight Russian troops.

Germany faced a huge backlash from its NATO allies over its refusal to agree to send Leopard tanks to Ukraine, which Kiev had requested.

Ukrainian officials have said the tanks would be a game-changer on the battlefield.

Russia launched what it calls “a special military operation” against Ukraine in late February over the perceived threat of the country joining NATO.

Since then, the US and Ukraine’s other allies have sent Kiev tens of billions of dollars’ worth of weapons, including rocket systems, drones, armored vehicles, tanks, and communication systems. Western countries have also imposed a slew of economic sanctions on Moscow. But they had so far refused to send their top weapons to Kiev.

Moscow has previously warned that the delivery of weapons to Kiev would prolong the war. 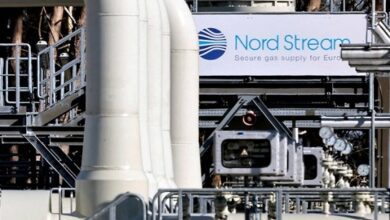