Russian President Vladimir Putin has accused the United States of attempting to prolong the conflict in Ukraine and seeking to destabilize the Asia-Pacific region, in a reference to the US interference in Taiwan.

“The situation in Ukraine shows that the US is trying to prolong this conflict. And they act in exactly the same way, fuelling the potential for conflict in Asia, Africa, and Latin America,” Putin said at the opening ceremony of the Moscow international security conference on Tuesday.

Russia launched a military operation in Ukraine in late February, following Kiev’s failure to implement the terms of the Minsk agreements and Moscow’s recognition of the breakaway regions of Donetsk and Luhansk in east Ukraine.

At the time, Putin said one of the goals of what he called a “special military operation” was to “de-Nazify” Ukraine.

Russia has repeatedly warned that the Western supply of weapons to Ukraine accompanied by crippling sanctions on Moscow would prolong the ongoing war, which is already into its sixth month.

“The American adventure in relation to Taiwan is not just a trip of an individual irresponsible politician, but part of a purposeful, conscious US strategy to destabilize and make chaotic the situation in the region and the world,” he said.

China has long opposed US interference in the self-ruled island as well as regular visits to the territory by US officials despite Washington’s formal recognition of the “one-China” policy under which nearly all countries recognize Beijing’s sovereignty over Taiwan.

In response to Pelosi’s visit, China held unprecedented military drills around the island and suspended some lines of dialogue with Washington.

Pelosi became the most senior American politician to visit the island in 25 years. The whirlwind trip was labeled by the Chinese foreign minister as “manic, irresponsible and irrational”.

Less than two weeks after Pelosi’s visit to the self-ruled island, a US congressional delegation arrived in Taiwan on an unannounced visit on Monday, which observers see as another provocative move by the United States.

Five members of Congress will visit until Monday, said Washington’s de-facto embassy in the capital Taipei. 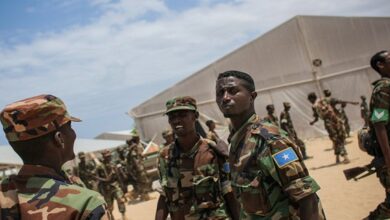 Al-Azhar University at the Crossroads