Thousands of international volunteers have traveled to Ukraine to join in the fight against Russian forces, a top Ukrainian official has said, as the simmering conflict enters its 12th day.

Speaking to the American broadcaster CNN on Monday, Foreign Minister Dmytro Kuleba said the number of volunteers was “around 20,000” who were coming “mostly from European countries.”

“Many people in the world hated Russia and what it was doing in recent years, but no one dared to openly oppose and fight them,” Kuleba asserted.

The Ukrainian official said it was most important to receive “sustainable, political, economic and military support” from around the world while praising foreign fighters heading to Ukraine.

“We need the US leadership in this exercise, with special focus on air defense,” he added.

Ukraine’s embattled president, Volodymyr Zelensky, last week issued a call to foreign nationals who are “friends of peace and democracy” to travel to the country to fight against the Russians.

The appeal, published on the Ukrainian presidency’s website, said the Ukrainian armed forces were in the process of setting up a foreign legion unit for international volunteers.

“This is the beginning of a war against Europe, against European structures, against democracy, against basic human rights, against a global order of law, rules, and peaceful coexistence,” the statement said.

Denmark has given the green light for its nationals to join the fight in Ukraine.

British Foreign Secretary Liz Truss gave similar permission to UK nationals, but she found opposition from the country’s head of the armed forces, Admiral Tony Radakin, who said it was “unlawful and unhelpful” for Britons to fight against Russia in Ukraine.

“It’s unlawful as well as unhelpful for UK military, and for the UK population, to start going towards Ukraine,” Radakin told the BBC on Sunday.

The remarks were in response to comments made by Truss, who said she “absolutely” supported anyone who wanted to volunteer to go to Ukraine for the fight.

“Russia’s actions are a direct threat to the safety of individuals and to international law enforcement cooperation,” Patel said, while asking Interpol’s executive committee to make a decision this week.

Meanwhile, the Russian military is set to hold fire and open humanitarian corridors in several Ukrainian cities, including the capital Kiev and Mariupol, on Monday.

The corridors, which will also be opened from the cities of Kharkiv and Sumy, are being set up at the request of French President Emmanuel Macron, the Interfax news agency cited Russia’s defense ministry as saying.

The development comes on the heels of a phone call between Russian President Vladimir Putin and his French counterpart. During the conversation, Putin said Moscow plans to achieve its objectives in Ukraine, either through diplomacy or military means.

Those who leave Kiev will be airlifted to Russia, the ministry said, stressing that it would use drones to monitor the evacuation process, terming “attempts by the Ukrainian side to deceive Russia and the whole civilized world” as “useless”.

Elysee palace said Macron had “neither requested nor obtained corridors to Russia after his conversation with Vladimir Putin”, as reported by BFMTV.

It also accused Putin of “pushing his own narrative” about the Ukraine crisis.

“It is another way for Putin to say that it is the Ukrainians who are the aggressors and they are the ones who offer asylum to everyone,” BFMTV cited Elysee palace as saying.

Ukrainian government accused Russia of deliberately hampering previous evacuation attempts, after Moscow allegedly said the evacuation can be done under the condition that the people exit to Belarus or Russia only.

A Ukrainian Presidential spokesman said Ukrainian citizens should be allowed to leave their homes through Ukrainian territory and Russia’s proposal on humanitarian corridors was “completely immoral.”

“This is a completely immoral story. People’s suffering is used to create the desired television picture,” the spokesman said in a written message as quoted by Reuters.

Both the warring sides are preparing for the third round of tension-easing talks scheduled for Monday. The exact time and location of the negotiations are not known yet.

Reports about the new round of peace talks come in the wake of Zelensky’s terse warning on Monday.

“We’ll punish everyone who committed atrocities in this war. We’ll find every scum who was shelling our cities, our people, who was shooting the missiles, who was giving orders,” he said, as reported by Kiev Independent. “You will not have a quiet place on this earth – except for a grave.” 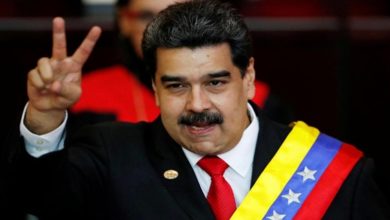 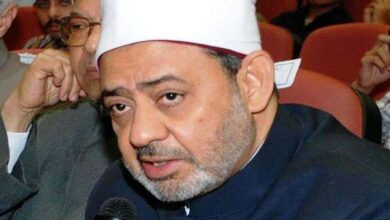