A report says Israel expects that the upcoming presidential elections in Libya would pave the way for a new normalization agreement with another Arab country, as the main Libyan presidential candidates scramble to maintain contacts with Tel Aviv in order to gain approval of its ally, the United States.

Lebanon’s al-Akhbar daily said in a report on Wednesday that Tel Aviv is reassured that the two main presidential candidates, namely Libya’s rebel commander General Khalifa Haftar and Saif al-Islam Gaddafi, one of the sons of former Libyan dictator Muammar Gaddafi, will serve its goal of reaching a normalization agreement with the North African country, but the Israeli regime prefers Haftar as it looks forward to establish a foothold in the Mediterranean basin.

Al-Akhbar stressed that the next Libyan regime will join the Persian Gulf Arab states that reached normalization agreements with Tel Aviv last year as the two main presidential candidates seek to appease Tel Aviv as it is considered “a gateway to win satisfaction of Washington,” which would subsequently boost their chance to win the elections and rise to power.

The report stressed that the two presidential candidates are ready to normalize ties with Tel Aviv, and that the normalization constitutes an integral part of their undeclared election program, as they prefer not to reveal their policy towards Israel in order to avoid being punished by Libyan voters at the polls since the Libyan people oppose dealing with Israel.

Al-Akhbar referred to a recent visit by Saddam, the son of Khalifa Haftar, to Tel Aviv that took place earlier this month during which he met Israeli officials and offered them to enhance Tripoli-Tel Aviv ties, including granting Libya political and military aid, in return for reaching a normalization agreement.

The report said Saddam would serve as the de-facto leader of Libya, if his father won the elections.

Al-Akhbar also noted that the relations between Tel Aviv and the other presidential candidate dates back to Gaddafi’s time, referring to a report by Israel’s Haaretz daily which said Saif al-Islam led covert ties between Israel and the Gaddafi regime.

The report also said that Saif al-Islam has continued to maintain direct and indirect contacts with Tel Aviv after the ouster of his father in 2011 and asked for services in return for a promise of normalization. Al-Akhbar added that Saif al-Islam’s advisers, who run his election campaign, recently communicated with Israel.

According to al-Akhbar, the contacts between the candidates and Israel are backed by the United Arab Emirates, which is seeking to convince more Arab regimes to follow suit and normalize ties with Israel.

Last September, the United Arab Emirates and Bahrain signed controversial normalization agreements with Israel at the White House amid outrage across Palestine and elsewhere throughout the Muslim world over the Arab regimes’ sheer betrayal of the Palestinian cause.

A high-ranking Emirati source close to the Libyan presidential candidates told Israel Today that the two Libyan candidates said in “closed conversations with close people” that they would push for normalizing ties with Israel.

Al-Akhbar noted that Israel seeks to “achieve more than one strategic interest” through reaching a normalization agreement with Libya and prefers that Khalifa Haftar win the election as he is an ally or “subordinate” to Israel’s allies.

According to the report, Libya is of very great importance to Israel as its presence in Tripoli, through Haftar, would “guarantee the removal of the rival Turkish influence in the Mediterranean basin, not only on the security level, but also in terms of its economic security through expanding the circle of its allies, from Cyprus to Greece, and then to Egypt and Libya.”

The report said having an influence in Libya, which is rich in resources and which needs reconstruction after a decade of conflict, would make “great economic profits” for Israeli companies.

Despite preferring Haftar, al-Akhbar said Israel would not sever its ties with Haftar’s rivals in order to secure a way to return in case he failed to win.

Libya has been beset by violence and chaos since the overthrow and killing of its long-serving ruler Muammar Gaddafi following a NATO operation in 2011. The conflict has escalated into a regional proxy war fueled by foreign powers pouring weapons and mercenaries into the country. 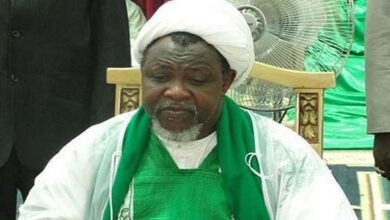 UK to join US in attacks against Syria