An Israeli delegation visited few days ago the Sudanese capital of Khartoum in order to meet the military leadership in support of the recent coup, according to the Zionist media.

The Zionist visit aims at showing full support to the military council head Abdel Fattah Al-Burhan and establishing a system of exchanging services in coordination with Saudi and Emirates, the Israeli outlets added.

The Zionist media outlets is certainty involved in the recent coup in Sudan where the military rulers sacked out the civil ministers in order to control the power in the country, according to Israeli and Sudanese sources.

Zionist analysts said that ‘Israel’ plans to involve the Sudanese military rules that their ties with the occupation entity secures their control of power, which enhances the approval of the normalization deal between the two sides. 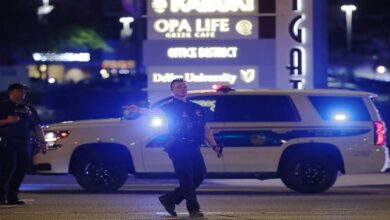 US Seeks End to Syria War to Serve Its Own Interests

N. Korea leader says ‘all US’ within range after missile test