Nigerian Muslims celebrated the birth anniversary of Prophet Muhammad (PBUH) on Tuesday in the streets of various states of Nigeria.

Nigeria has the largest Muslim population in West Africa. According to estimates in 2018, over 49.5% of the total population of Nigeria are Muslim.

In 2007, the BBC estimated that slightly over 50% of the population are Christian. 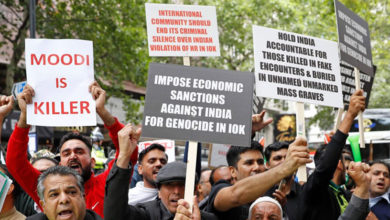