A second Facebook whistleblower has announced her willingness to testify before Congress against the American social media giant.

“If Congress wishes for me to testify, I will fulfill my civic duty, as I’ve publicly stated for the past half-year,” Sophie Zhang, a former Facebook data scientist who went public with her criticisms of the social media company in September 2020, said in a tweet on Monday that linked to a CNN interview.

In her interview with CNN, she said she felt that she had blood on her hands after working for the US company.

Zhang also said that she had provided a US law-enforcement agency with “detailed documentation regarding potential criminal violations.”

She said after seeing the lawmakers’ support for Frances Haugen, another Facebook whistleblower who had testified about children’s safety on Facebook and Instagram in a congressional hearing on October 5, she was encouraged to speak out.

Haugen revealed in her testimony that Facebook under-resourced teams and tools that we’re looking for abuse in languages other than English and required oversight.

He said her characterization of the social media company’s efforts projected a “false picture.” 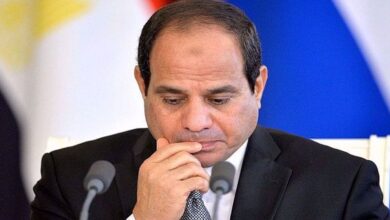 Dozens of Countries Urge Egypt to End Crackdown on Critics