A US-based cybersecurity firm says China’s intelligence has most likely been behind a “coordinated” cyberattack against dozens of Israeli organizations, a claim dismissed by Beijing as “baseless” and politically motivated.

In a report on Monday, FireEye said China had hacked dozens of Israeli public and private sector groups, in what Israeli media said was part of a long-term spying strategy in the areas of technology and business competition.

The goal, according to a report in the Jerusalem Post, seems to have been to “gain intelligence into achieving better negotiation outcomes in terms of pricing by viewing internal email discussions and assessments, and to appropriate certain key technological developments where possible.”

The report said the attack is tied to a wide series of cyber exploitation of holes in Microsoft’s Sharepoint announced by the Israel National Cyber Directorate (INCD) in 2019 while adding that its “maximum impact is not being felt currently.”

Haaretz, in its report, termed it the “largest and the most widespread” operation, which also targeted the Israeli regime’s military and spying bodies.

The United States and its allies have repeatedly accused China of involvement in malicious cyber activities. Beijing, however, rejects the claims, describing them as a hostile smear campaign out of political motives.

Reacting to the latest hacking claims, the Chinese embassy in the Israeli-occupied territories termed the report “baseless accusations” for “political purposes,” asserting that China is a “staunch upholder of cybersecurity.”

“In fact, China is a major victim of cyberattacks. According to statistics from China’s National Computer Network Emergency Response Technical Team, about 52,000 malicious program command and control servers located outside China took control of about 5.31 million computer hosts in China in 2020, which seriously undermined,” the embassy said in a statement, quoted by the Jerusalem Post.

Pertinently, it is not the first time reports of Chinese cyberattacks on Israel have created a buzz. Former INCD chief Buky Carmeli in August 2018 had revealed that China and other cyber powerhouses were involved in spying on the Israeli public and private sectors.

“Everything is under attack: our water, electricity, food, airplanes, cars. Everything is vulnerable,” said Bennett, who previously headed a cybersecurity company.

Imposing new sanctions on Iran could be dangerous, Kerry warns 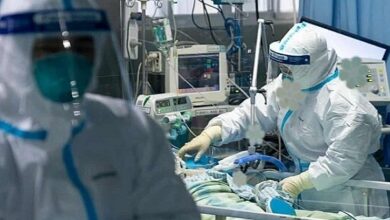