Canadian Prime Minister Justin Trudeau on Tuesday labelled as a “terrorist attack” the killing of four members of a Muslim family, who were run down by a man driving a pick-up truck.

“This killing was no accident. This was a terrorist attack, motivated by hatred, in the heart of one of our communities,” Trudeau said during a speech at the House of Commons.

Justin Trudeau vowed to fight extremist right-wing groups in the House of Commons on Tuesday, calling the attack a terrorist act.

The 20-year-old suspect, arrested shortly after the attack, has been charged with four counts of first-degree murder and one count of attempted murder, while several leaders of the Muslim community have called on the courts to classify the episode as an act of terrorism.

Officials have already said the Sunday evening incident in the city of London in Canada’s central Ontario province was premeditated and motivated by “hatred.”

Canada’s Minister of Public Safety Bill Blair described the attack as a “horrific act of Islamophobia.”

“They believe the family was targeted because of their faith, and that the attacker was motivated by his hatred of Muslims,” he said.

The attack occurred as five family members were walking together along a sidewalk when a black pick-up truck “mounted the curb and struck” them as they waited to cross the intersection, according to police. 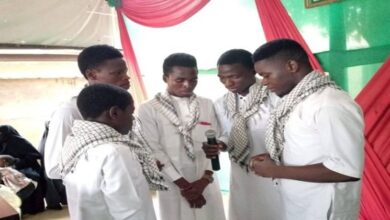