In a fundamental rights enforcement suit marked: FHC/ABJ/CS/364/2021 filed by her lawyer, Bala Dakum, at the Federal High Court, Abuja, the woman said the killing of her father, Mr Kabiru, by the police amounted to gross violation of his rights as enshrined in 1999 Constitution.

Also joined in the suit dated and filed on March 16 as 2nd to 4th respondents respectively include the Commissioner of Police, FCT Command, Bala Ciroma; the Attorney General of the Federation, Abubakar Malami and Medical Director, Wuse District Hospital.

Fatima, the first daughter of Kabiru, according to the originating motion, sought the court’s declaration that the killing of her father was illegal and unlawful.

She also sought “an order of the court directing the respondents to jointly and severally pay the applicant the sum of N5 billion for killing of Late Kabiru.

“An order of the court directing the respondents to tender a formal apology to the applicant and her family by publishing same in two national daily newspapers.”In the affidavit in support of the motion, the applicant deposed that her father, among others, was shot by the police on Jan. 26 while on peaceful protest at the National Human Rights Commission at Maitama, Abuja, to demand the release of the wife of Sheikh Ibraheem Zakzaky’s wife, Mallama Zeenah, who was said to have contracted COVID-19 virus while in detention. “They made efforts to take my father to the hospital because he was bleeding profusely but the agents of the 1st and 2nd respondents scared them off with gunshots and took my father away,” she said.

She said Kabiru’s body was later found at Wuse District Hospital after several efforts.“The staff on duty went through their records and confirmed that my father was brought death on Jan. 26 and his corpse was deposited at the hospital’s mortuary by one SP Solomon, an agent of the 1st and 2nd respondents.“I demanded to see his body and it was shown to me.”

I immediately contacted our Counsel, B. I. Dakum,., wherein he wrote the to 2nd and 4th respondents requesting them to release my father’s body to me for burial in accordance with Islamic rites.“The copies of the said letters are herein attached and marked EXHIBIT A and B,” she said.

The applicant, however, said that the hospital management replied that Kabiru’s remains would only be released on the permission of the police.“In his response, the 2nd respondent invited me admitting my father was killed and his body deposited with the 4th respondent and asked me to make a statement and tell them what I want.“

That I made a statement at the 1st and 2nd respondent’s office in Wuse Zone 2, Abuja wherein I demanded the autopsy report but the 2nd and 4th respondents refused to avail me.

They said it is confidential,” she narrated.Speaking further, the applicant said: “That the 3 respondent is the chief law officer of the country and has a duty to advice the 1st 2nd and the 4th respondents but refused and neglected to advise them appropriately.“

That I am the oldest of my siblings and I am only 20 years old,” she added.According to her, my father was our sole breadwinner and life has become unbearable since his untimely demise.“That all my siblings have dropped out of school because we cannot afford to pay their school fees.“

That neither the 1st nor the 2nd respondent has paid us condolence visit.“That it is in the interest of justice to grant all the reliefs in this suit,” she deposed.As at the time of filing the report, the case was yet to be assigned to a judge. 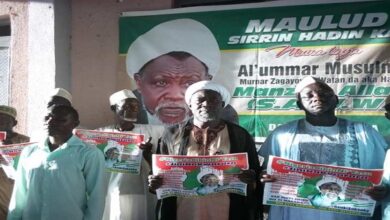 Hundreds Protest in Mafara, Nigeria to demand Buhari for the release of Sheikh Zakzaky 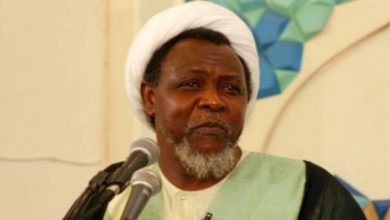 ‘President Buhari responsible’ if anything happens to Zakzaky: IMN