At the resumption of the Zakzaky case in the northern Nigerian city of Kaduna, the state High Court has ordered officials of the Kaduna Correctional Center to move Zakzaky’s wife, Zeenat, to a government hospital for proper treatment for COVID-19.

Zakzaky’s wife has tested positive for the disease caused by the coronavirus, but was left in the correctional facility without hospitalization.

The prosecution lawyer did not object to the application, but says he is expecting more witnesses.

During the resumed hearing, the prosecution continued the presentation of witnesses against the leader of the Islamic Movement in Nigeria Sheikh Zakzaky, who is standing trial for culpable homicide, illegal assembly, and other charges, which the Islamic cleric has categorically denied.

Zakzaky’s defense lawyers said one witness who is a medical doctor testified for the prosecution revealing something very unique.

Zakzaky has been in prison for over five years following an attack on his residence and worship center by security forces in December 2015 that killed over 340 of his supporters.

If the prison officials obey the order of the court, Zakzaky’s wife is expected to be moved to a government health facility for treatment for COVID-19.

Meanwhile, Sheikh Zakzaky is still in detention in the correctional center, a place the Islamic Movement in Nigeria says he should not be in because a Federal High Court ordered his release in 2016.

Urgent: ISIS calls supporters in US to kill 100 American soldiers

Pentagon to US troops: Hide your identities to avoid ISIL attacks 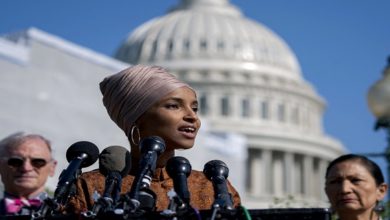