The Islamic Movement in Nigeria called for the release of Sheikh Ibraheem Zakzaky and his wife.

During a press conference on Saturday, members of the IMN said the seriously ailing Sheikh and his wife Zeenat are being held in a prison with substandard facilities.

They demanded for the release of both Sheikh Zakzaky and his wife because they need urgent medical attention, muhabarishaji.com website reported.

Back in June, the IMN said that all requests by the Zakzaky legal team to the Kaduna state government to secure a new date for the continuation of his trial had come to no avail in total disregard for Zakzaky’s health.

Sheikh Zakzaky has been in detention since 2015 despite a 2016 Federal High Court ruling ordering for his release.

Over three hundred and forty of his supporters were killed when soldiers attacked Zakzaky’s home and a religious center in Zaria in December 2015. Six of Zakzaky’s children were killed in these attacks.

Sheikh Zakzaky is due back in court on September 29, 2020, when a judge is expected to rule on an application asking for the dismissal of the case against him. 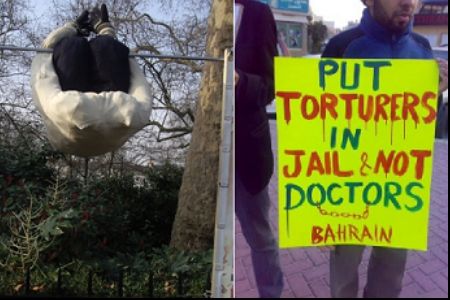 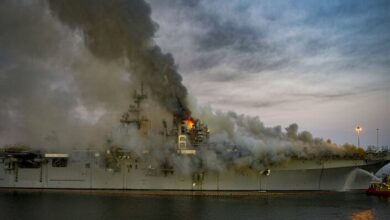 US Navy Warship Still Ablaze, Now Tilting to One Side