Russia has intercepted a US spy plane over the Black Sea, the third such incident in less than a week, the Russian Defense Ministry says.

The ministry said it had sent a Su-27 fighter jet on Monday to intercept the US spy plane that was scanning Russia’s southern borders, some 8,000 kilometers away from the United States.

According to the ministry, the US plane, identified as a P-8 Poseidon, was forced to change course and move away from the Russian borders after the interception.

“The violation of the Russian border wasn’t allowed,” the ministry said.

The interception was the third in less than a week. The Russian air force escorted a Р-8А Poseidon plane away from the country’s airspace on Thursday and Friday.

American bombers and spy planes, as well as NATO aircraft, have frequently been detected near Russia’s borders.

The provocative flights have increased since 2014, when Crimea joined Russia following a referendum in which more than 90 percent of participants voted in favor of separating from Ukraine, and when the ongoing military conflict in eastern Ukraine broke out. 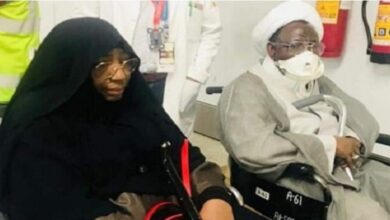