Democratic candidate Joe Biden leads US President Donald Trump by 8 percentage points in support among registered voters, and the former vice president appears to have a significant advantage among voters who are undecided, according to a Reuters/Ipsos opinion poll.

The July 15-21 poll found that 46% of registered voters said they would back Biden in the Nov. 3 election, while 38% would vote for Republican Trump. The remaining 16% are either undecided, plan to support a third-party candidate or may not vote.

Both Biden and Trump campaigns have focused much of their time on reaching out to this third group of potentially persuadable voters, which could swing a close election in either direction.

Reuters/Ipsos polling in 2016 found that support was evenly split that summer between Trump and then Democratic nominee Hillary Clinton among registered voters who had not backed a major party candidate. On Election Day, Trump won a majority of voters who said they decided in the final week.

This year, the poll found that 61% of undecided or third-party registered voters said they would support Biden if they had to choose, while 39% would vote for Trump.

Seventy percent of undecided or third-party registered voters say they disapprove of Trump’s performance in office and the same number said they think the country is headed on the wrong track. And 62% said they thought the U.S. economy was headed in the wrong direction.

This group also appears to be deeply concerned about the novel coronavirus, which has killed more than 141,000 Americans and forced millions out of work as businesses closed in an effort to slow the spread of the virus.

About 8 in 10 said they were personally concerned about the spread of the virus. When asked about the most important factor driving their decision to vote, 34% – a plurality – said they were looking for a candidate who has “a robust plan to help the nation recover.”

Another 24% said they were looking for someone who can “restore trust in American government” and 12% said they wanted a candidate who is “strong on healthcare.”

Registered voters have consistently ranked Biden as the better candidate when it comes to all three.

The Reuters/Ipsos poll also showed that only 38% of the public supports Trump’s handling of the coronavirus, including 20% of undecided or third-party registered voters.

Trump, who played down the crisis and did not appear publicly in a mask here until July 12, pushed to reopen businesses well before health experts said it was safe.

Trump appeared to shift his tone here this week and restarted regular briefings on the pandemic on Tuesday, encouraging Americans to wear a face covering if they could not keep socially distant.

The Reuters/Ipsos poll was conducted online, in English, throughout the United States. It gathered responses from 4,430 American adults, including 3,744 registered voters, and 595 registered voters who had not supported a major-party candidate.

It has a credibility interval, a measure of precision, of about 2 percentage points for the entire group and 5 points for the undecided or third-party voters. 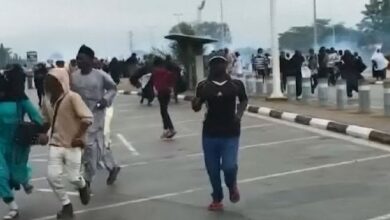 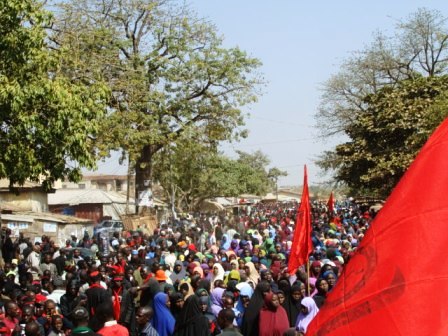 Ashura rally in Kano: Ashura is a role model of a positive change