Takfiri terrorists have killed at least 30 people and abducted women and children in a raid in Nigeria’s northeastern state of Borno.

A regional government spokesman said on Monday that the attack Sunday evening was carried out in the village of Auno on a key highway to the regional capital Maiduguri.

State government spokesman Ahmad Abdurrahman Bundi confirmed in a statement that the militants stormed in on trucks mounted with heavy weapons, killing, burning and looting before kidnapping women and children.

They went for travelers who had stopped for the night and torched vehicles.

The attackers “killed not less than 30 people who are mostly motorists and destroyed 18 vehicles,” Bundi said after visiting the scene.

“Many of the drivers and their assistants who were sleeping the vehicles were burnt alive,” media outlets quoted civilian militia fighter, Babakura Kolo, as saying.

The attack occurred in an area where members of a faction which calls itself the West Africa Province (ISWAP) branch of the Daesh Takfiri terrorist group have been active. The faction made an alliance with Boko Haram in 2015 before separating in 2016.

Auno lies on the 120-kilometer highway linking Maiduguri to Damaturu, a major regional city in neighboring Yobe state. The highway has been increasingly targeted by ISWAP militants in recent months. 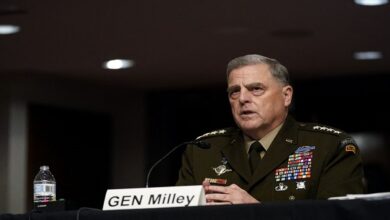 20-year US war in Afghanistan was a ‘strategic failure’: Gen. Milley

CLINTON EMAIL: WE MUST DESTROY SYRIA FOR ISRAEL