US troops are reportedly back in military bases in northeastern Syria which they had previously evacuated ahead of Turkey’s military action against Kurdish forces in the area.

Turkey’s Anadolu Agency has reported that American forces arrived in the west of Syria’s northern province of Raqqa on Saturday to rebuild their military base.

A US military convoy, including a personnel carrier armored vehicle, a mine flail and a utility vehicle, arrived in Jazira base located west of Raqqa via Syria’s northeastern province of Hasakah.

Nearly 30 US soldiers were reportedly seen in the convoy.

Also on Friday, US forces began rebuilding a military base in northern Syria’s Sarrin village, south of Kobani, officially known as Ayn al-Arab.

The US military bases in Sarrin and Sabit, nearly 30 kilometers south of the Turkey-Syria border, were previously evacuated and destroyed during Turkey’s offensive last month.

US troops also resumed patrols near oil fields in northeastern Syria on Friday, after an intermission prompted by Turkey’s military incursion.

Turkey launched the offensive on October 9 in a declared attempt to push the People’s Protection Units (YPG) militants away from border areas.

Turkey’s offensive came after the US abruptly pulled its forces out of the region, clearing the path for Turkey to go ahead with the planned military action against Washington’s longtime Kurdish allies.

Washington reversed an earlier decision to pull out all troops from northeastern Syria, announcing last week the deployment of about 500 troops to the oil fields controlled by Kurdish forces.

Pentagon chief Mark Esper said the deployment will seek to secure oil resources from Daesh. Washington, he said, will use “overwhelming” force against any other actor challenging the US, including Syria’s own government.

The developments come as Damascus is in great need of its major oil deposits in order to gain revenue and address its energy needs amid crippling Western sanctions.

Syria is currently extracting oil at only 10 percent of its pre-war capacity.

Syria, along with Iran and Turkey, have already denounced Washington’s illegal appropriation of Syrian oil.

Pictures of the world’s celebrations on 2018’s arrival 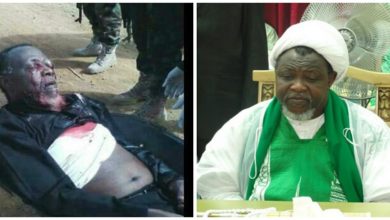