About 900 US servicemen may stay in Syria after US troops withdrawal from the country and after new deployments are done, The New York Times reported, citing sources.

According to The NYT, as of this week, at least 500 of the original 1,000 servicemen in Syria have left, and the withdrawal will continue until roughly 250 troops are left, largely deployed to the Syrian Deir Ezzor province. In addition, mechanized troops are soon expected to join the initial group, bringing the total number of troops guarding the oil fields to about 500.

The media outlet combined this figure with the US troops stationed in the US-controlled zone around its unauthorized military base near At Tanf and revealed that the total number of US servicemen in Syria will amount to about 900.

It noted, meanwhile, that this number could easily rise in case of re-emergence of the ISIL Takfiri group (Daesh).

Earlier in October, US President Donald Trump said that US troops had begun pulling out of northern Syria. US Defense Secretary Mark Esper later noted that Washington planned to withdraw another 1,000 troops from the Middle Eastern country.

UN Calls on All Parties to Attend Syria Peace Talks 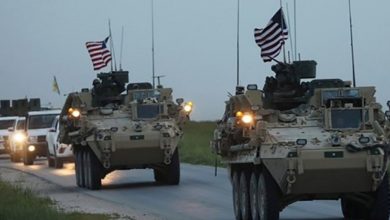