The government of Angela Merkel has extended its ban on all German weapons exports to Saudi Arabia for a further six month-period despite some calls for loosening the restriction.

The government said Wednesday the ban had been extended for six months until March 31, 2020, when it will again be considered.

The ban was initially put in place over humanitarian concerns with the war with Yemen in 2017, then tightened last year after Saudi journalist Jamal Khashoggi was killed in the Saudi Consulate in Istanbul in October last year.

An influential lawmaker in Chancellor Angela Merkel’s party suggested Monday loosening the ban to allow the export of defensive weapons, but Merkel on Tuesday said she didn’t see “any conditions for changing” German’s stance.

The ban restricts not only deliveries of fully assembled products, but also of components used by weapons companies in other European nations.

Saudi Arabia and its regional allies in the Middle East have been leading a deadly military aggression against the people of Yemen since March 2015, using weapons and intelligence supplied by Western countries, most notably the United States, France, Britain and Canada.

Merkel’s government has come under pressure from many conservatives at home to end the ban, who argue that a continued ban could jeopardize projects such as the development of a Franco-German combat jet and other arms deals.

The arms ban, however, has been praised by human rights advocates, who said it had more effect than expected.

Despite international outrage over both the Khashoggi murder and the war in Yemen, however, most countries have decided to maintain profitable arms deals with Riyadh. 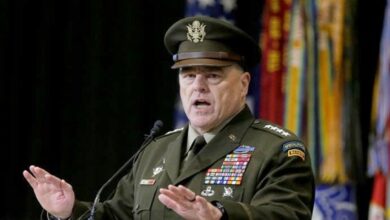 US military chief arrives in Israel amid tensions with Iran 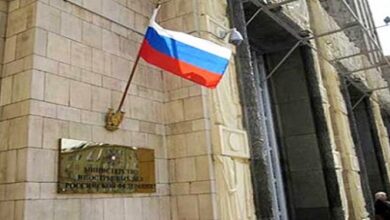