A Europe-based human rights organization says Saudi authorities have ordered the execution of 122 people in the first half of 2019 — well over double the number of beheadings carried out in the first six months of the preceding year.;

The rights organization went on to say that 58 foreign citizens were executed during the mentioned period, including 21 Pakistanis,15 Yemenis, five Syrians, three Chadians, two Nigeriens and one from Somalia. Two of them were unidentified.

Three women of foreign nationalities were among the executed individuals.

It further noted that 37 Saudi citizens were executed on April 23. Most of the executed individuals did not face serious charges, including participation in anti-regime demonstrations as well as involvement in the spread of Shia Islam.

Amnesty International has censured the mass executions, saying they mark an alarming escalation in Saudi Arabia’s use of the death penalty.

It added that among those put to death was a young Shia man, identified as Abdulkareem al-Hawaj, who was convicted of offenses related to his involvement in anti-regime protests that took place while he was under the age of 16.

“Today’s mass execution is a chilling demonstration of the Saudi Arabian authorities’ callous disregard for human life. It is also yet another gruesome indication of how the death penalty is being used as a political tool to crush dissent from within the country’s Shia minority,” said Lynn Maalouf, the Middle East Research Director at Amnesty International.

“The use of the death penalty is always appalling but it is even more shocking when it is applied after unfair trials or against people who were under 18 at the time of the crime, in flagrant violation of international law,” Maalouf added.

Under international law, the use of the death penalty against people who were under the age of 18 at the time of the crime is strictly prohibited.

Chomsky:, Saudi Arabia, US caused evolution of IS 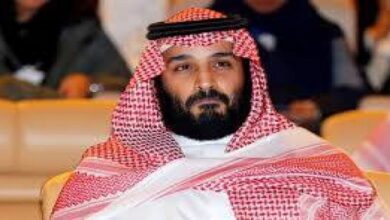