Saudi King Salman is said to be outraged by the recent moves made by his son, Crown Prince Mohammed, the Guardian has reported, hinting at growing signs of a potentially destabilizing rift between the king and his heir.

In a Tuesday report, The Guardian quoted sources as saying that King Salman and Crown Prince Mohammed are understood to have disagreed over a number of important policy issues in recent weeks, including the war in Yemen.

The rift is said to have been building since the brutal murder of dissident Saudi journalist Jamal Khashoggi in the Arab kingdom’s consulate in Istanbul on October 2, which was reportedly carried out at the order of Crown Prince Mohammed.

However, a source has told The Guardian that the tension between the king and the crown prince dramatically increased late February, when Salman, 83, visited Egypt and was warned by his advisers about the risk of a potential move against him.

His entourage was so alarmed at the possible threat to his authority that a new security team, comprised of more than 30 hand-picked loyalists from the interior ministry, was flown to Egypt to replace the existing team.

The move was made because “some of the original security staff might have been loyal to the prince”, the source said.

According to the source, the friction in the father-son relationship was underlined when the prince was not among those sent to welcome the king home.

When King Salman was in Egypt, Mohammed signed off two major personnel changes including the appointment of a female ambassador to the US for the first time, and that of his full brother Khalid bin Salman to the defense ministry.

The appointment of Khalid as the country’s defense chief has further centralized power in one branch of the ruling family.

The announcement was made without the knowledge of the king, who was especially angered by what he believed was a premature move to elevate Prince Khalid to a more senior role, the source said.

The Guardian has been told the king and his team learned about the reshuffle via television.

Prince Mohammed angered the Muslim world last month when he walked on top of the Kaaba in Mecca, the holiest site in Islam, provoking complaints to the king by some religious scholars that the move had been inappropriate, according to a person familiar with the matter.

Ignoring his father’s call for freer coverage of the recent protests in Algeria, Bin Salman have reportedly prevented the Saudi press from doing so, despite efforts by mainstream media to portray him as a so-called advocate of reforms in the Arab country.

The crown prince has faced international condemnation over Khashoggi, who was killed and dismembered inside the Saudi consulate in Istanbul. The Saudi government has denied any involvement by the prince, who was found by the CIA to have ordered the killing. 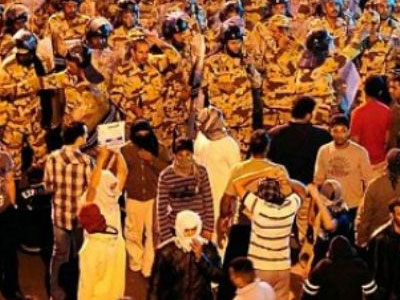 Saudis to observe day of mourning in Eastern Province on Saturday

Saudi plan to befriend Israel to stir up turmoil in Jordan: Official