A report says the Saudi-led quartet, which has imposed a blockade on Qatar over its close ties with Iran and Turkey, is sticking to its steep demands for Doha to meet before any normalization despite US attempts to end the rift in favor of a “united front” against Tehran.

Citing foreign ministers of the four boycotters, Egypt’s official Middle East News Agency (MENA) reported Thursday that Doha still needs to meet the 13 demands they had set out last year as “a necessary basis for the establishing [of] normal relations with Qatar.”

The four later presented Qatar with a list of 13 demands for it to meet before ending the blockade, including reducing its relations with Iran, closing a Turkish military base in Qatar and shutting down its Al Jazeera television.

Doha rejected those demands as an attack on its sovereignty and interference in its domestic affairs.

Upon the outbreak of the diplomatic crisis, Iran and Turkey rushed to Qatar’s help, sending it food supplies and other commodities.

Ankara also deployed more forces to its military base in Qatar and held joint drills with its ally amid the standoff with Saudi Arabia.

Turkey, along with Kuwait, also made several attempts to mediate between the conflicting sides and help end the rift, but in vain.

Early in the diplomatic crisis, the United States had sided with the boycotters, but later it changed tune and tried to take the middle ground. Washington has taken advantage of the crisis to sell more arms and military equipment to the parties to the rift.

In a phone call earlier this month with Saudi King Salman bin Abdul-Aziz Al Saud, US President Donald Trump demanded that the kingdom and its Arab partners quickly end the dispute, according to two US officials briefed on the conversation, Reuters said.

“The officials said he wants the rift healed to restore unity among Arab Gulf states and present a united front against Iran,” the agency reported.

Qatar and Iran were also on the agenda of a recent visit by Saudi Crown Prince Mohammed bin Salman the United States. 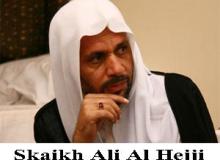