As people across the world rally in support of Palestinians, thousands of anti-Israel protesters have taken to the streets in several Saudi Arabian cities and mark the International Quds Day.Â

Â  Protesters in the town of Awamiyah in the al-Qatif region in the eastern province of the Middle Eastern country have burned the Israeli flag on Friday, witnesses said.Â

Protesters in the eastern city of Qatif have called on all citizens of the city to join the international rally.Â

Anti-Israeli protesters also voiced their support for the people of Bahrain and condemned their government for aiding the Al Khalifa regime’s brutal crackdown on peaceful Bahraini protesters.Â

Saudi Arabia’s east has been the scene of protests over the past months and authorities have arrested scores of people, including bloggers and writers for taking part in anti-government demonstrations.Â

According to Human Rights Watch, more than 160 dissidents have been arrested since February in the Saudi crackdown on anti-government protesters.Â

The last Friday of the Muslim fasting month of Ramadan was declared as the International Quds Day by the late founder of the Islamic Republic, Ayatollah Rouhollah Khomeini, in August 1979.Â

Millions of people around the world come out on this day to show support for the people of Palestine and to call for an end to Israel’s illegal occupation of the Palestinian territories.Â 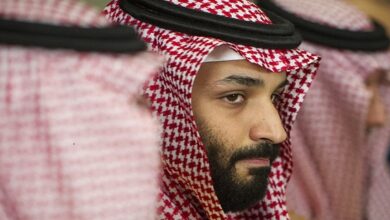